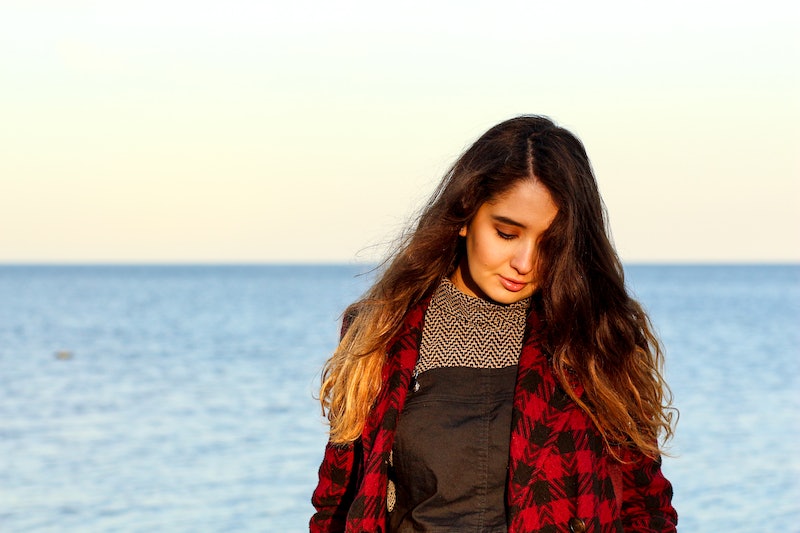 Depression is pretty simple to understand, right? Major mood disorder, sad all the time, can't get out of bed, done. Well, as it turns out, not so much. I've dealt with myths surrounding depression and its many complexities before, but the persistence of misleading or unscientific information, even if it's well-intentioned, means we need to keep talking about it. Depressives don't claim to be giant mysteries wrapped in enigmas, but getting the facts right is helpful when it comes to supporting us and helping us get the best treatment we can.

It's important to emphasize that many of these incorrect assumptions about depression don't come from negative places, and that some of them are based on ideas that were true at one point or seem to make perfect logical sense. It's possible to be a sensitive, interested person and still be wrong about depression. I'm not calling you an idiot; I'm just asking you to update your information.

Increasing celebrity openness about depressive disorders has helped widen public awareness of its prevalence and variation; when everybody from Gwyneth Paltrow to Jon Hamm has come out to admit that they've experienced depression, it becomes clear that wealth and privilege do not insulate you from the vagaries of mood disorders. But we've still got some way to go in dealing with common misconceptions about depressive conditions, how they develop, and who has them, among other things.

Here are seven things that people get wrong about depression; if you encounter things like this, it's valuable to point out that they may have got things twisted, if only to make life easier for any depressive people in their lives.

1. That It's Just Excessive Sadness

I wish depression could be solved with a big cry and some ice cream. That would make the lives of every sufferer everywhere much easier; but as it stands, unfortunately, depression is not the outlier on a scale of "sad feelings". It is a separate disorder unto itself, and the Huffington Post's Alena Hall makes the point that part of the issue is depth: sadness is a passing emotional state, whereas depression is a chronic emotional condition in which emotional states themselves are warped, entrenched, and accompanied by other severe symptoms. The major part of depression that distinguishes it is persistence; the feelings themselves cannot be lifted, and affect everything from concentration to stress levels to your ability to interest yourself in hobbies. Depressives feel sad, but sadness is a part of a much bigger issue, not a more intense version of a normal emotion.

2. That It Means You're Incapable Of Happiness

There's often a dichotomy in the way we talk about depression: it's the opposite of happiness. This isn't accurate and is also actually quite damaging; Thought Catalog recently published a thoughtful essay on why the idea of "choosing happiness" as an antidote to depression is a dangerous bit of advice, as it grossly oversimplifies and trivializes the condition. But the fact remains that depressives can have moments of happiness and pleasure; their experiences depend heavily on the extent of their condition, how well it's being managed and/or medicated, and what has caused it to develop. Some depressives exist in a continual haze or "fog" of anhedonia (lack of interest) and misery, while others can break through that fog with studious work or "good days". It's not sensible to assume that depression is like a giant veil that's never removed; depressives can experience joy and happiness, but it's a deeply individual experience.

3. That It's Synonymous With Being Suicidal

Depression isn't a blanket diagnosis. Within the category there are many different types: Beyond Blue, the Australian depression organization, identifies major depression, psychotic depression, postnatal and antenatal depression, bipolar disorders, and a condition called dysthymia, which is essentially persistent mild depression over a long time period. And within all of those categories there's considerable individual room to move, from symptom persistence to the age it first developed.

My own depression is exacerbated by external factors, and can move from major to severely suicidal (which, by the way, is not fun and has been survived only by the efforts of a large support team); but while around 90 percent of suicides are estimated to have suffered from a depressive disorder, not all depressives are suicidal. People like Robin Williams and David Foster Wallace survived with depression for years before experiencing things that made suicide seem a sensible option; this is an important thing to realize when talking to and understanding depressive experience.

4. That It's Mostly A Young Person's Problem

If young people seem to get the bulk of media attention about depressive conditions, it's likely because we're the most well-educated generation ever about mental disorders and how to accept and treat them (which is excellent). But the reality is that major depression disorder appears most frequently in those between 25 and 44, but can also show up in children. It appears to drop off in those over 65, but the Royal College of General Practitioners still estimates that 1 in 4 people over retirement age have symptoms of depression that could do with being treated, often in relation to things like physical illness, the deaths of friends, or a sense of physical isolation. Depression is not some kind of young angsty person's condition that disappears as soon as you have real responsibilities to worry about; it can hit all people at all times.

5. That Treatments Fundamentally Change Your Personality

It's surprisingly common to encounter alarmist beliefs about treatments, particularly medication-based ones, for depression. Don't they completely change your personality? Aren't they likely to make you incapable of feeling any emotions at all? I'm not here to deny that people have poor experiences with antidepressants; in fact, switching and withdrawing from various medications is a common part of depressive treatment, as patients and their doctors attempt to find a drug and a dose that works for each individual. (Told you it was a very personal disease.)

But the reality is that drugs like SSRIs (selective serotonin reuptake inhibitors) are not designed to completely recalibrate your personality; today's fears are likely hangovers from reports of earlier, much more heavy-going antidepressants in the early days of drug development, which were more likely to leave people feeling hit with a mallet. A good medication regime will help you function normally, with a more normal range of emotions, by restraining the more extreme dips in your emotional range. (No, depression doesn't get you "closer to the truth". It's a distorting perspective. Never believe anybody who tells you not to get treatment because you're "more real" this way.)

6. That It Doesn't Overlap With Other Conditions

Depression can indeed be a stand-alone condition, but it can also come with other disorders, physical and mental. Your brain can be a (very annoying) village. So the perception that depression is the be-all and end-all for sufferers is a misconception. Depression can be the natural accompaniment to diagnoses like fibromyalgia or chronic pain, just as it can be sparked by traumatic or upsetting life events.

Bad things can spawn depression; it's just a fact. But other physical disorders also have a knock-on effect on mood; endocrine disorders and problems with reproductive systems are prime candidates, as they also have impacts on hormone levels and therefore on emotions. And other mood disorders can come in a bouquet featuring depression too. Borderline personality disorder is a frequent culprit, as is anxiety; indeed, depression and anxiety are now viewed by some experts, according to Psychology Today , as "two faces of the same disorder," given how often they coexist in patients and how similar the treatments are.

7. That It Usually Maintains One Level Throughout Life

Depression is one of the most-studied of mood disorders, and scientists have discovered some very interesting things about how variable and flexible it actually is. Major depression, for instance, is often marked by what's called diurnal mood variation, in which symptoms are worst in the morning, suffering slumps throughout the afternoon and early evening, and lessen during the night. (This is likely why I'm much better at doing things at midnight.) A 2008 article for Dialogues In Clinical Neuroscience actually suggested that depressives could do better if they just slept through the morning altogether. Seasons are also a factor; those with seasonal affective disorder can find their depressive symptoms seriously exacerbated by the lack of sunlight and low temperatures of winter, though new research suggests a lot of this might be "folk belief" rather than real science. And depression is often vulnerable to external events, worsening considerably or even appearing for the first time in response to traumas, grief, or severe life changes.

The basic message to get from this is that depression isn't the same shape all the time in everybody's life. Diagnoses shift, and people also get treatment which can help them effectively manage symptoms; I personally am much more level on an intense regime of medication and regular therapy than I was beforehand. Making assumptions about depression isn't cool or informed, essentially.