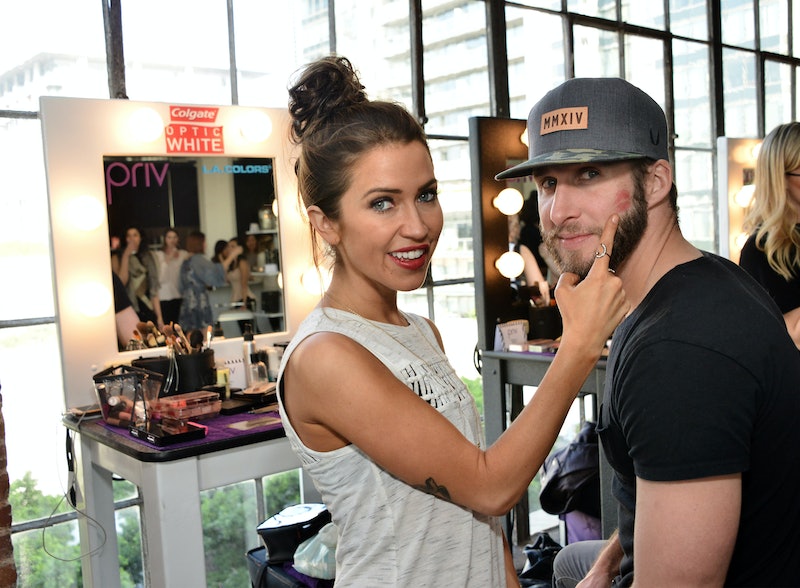 Who sends out the invites to the Bachelorette live finales? Whoever it is, they definitely missed a couple of alumni on Monday night. I don't know why, but Kaitlyn Bristowe and Shawn Booth missed The Bachelorette live finale. At first I thought that maybe they were just busy or did not want to attend, but both Kaitlyn and Shawn tweeted about not being invited. Bustle has reached out to ABC for comment on Kaitlyn and Shawn's tweets, but has not yet heard back.

Update: Bachelor creator Mike Fleiss wrote on Twitter soon after Kaitlyn and Shawn's tweets, "Couldn't have @Shawn_Booth there, too. Would have been goofy hair overload... #TheBachelorette."

Earlier: It really made no sense, since so many other members of the franchise were present. When the camera panned to Ben Higgins and his fiancée Lauren Bushnell in the audience, I was done. Why were they there? Even the Bachelor in Paradise cast was there, but not the previous Bachelorette and her winner, who she is still engaged to.

OK, so Ben and Lauren were probably there to promote their spinoff show, but personally, it just was way too soon to see them in the same room as JoJo, attempting to support her romantic endeavors and trying not to act awkward when her past "relationship" with Ben was constantly mentioned.

It would have made way more sense for Kaitlyn and Shawn to be there. After all, Kaitlyn was the last Bachelorette, and she and Shawn are still together, and have been for over a year. It would also give the reality TV franchise some more credibility if a long-term couple was present. Plus, Kaitlyn and Shawn got together on the same TV show on which JoJo chose Jordan Rodgers.

Clearly, Kaitlyn and Shawn felt snubbed, and they had no issue voicing their displeasure on Twitter. Kaitlyn posted a casual tweet about not being in the audience, and I couldn't really tell if she was mad or kidding around:

On the other hand, Shawn quoted and responded to a tweet from a Bachelorette producer.

I keep checking to see if they delete their tweets or if either of them apologize for keeping it real, but it seems like neither scenario is happening. Looks like Kaitlyn and Shawn were left out this time, but hopefully, they'll make more appearances in the future.