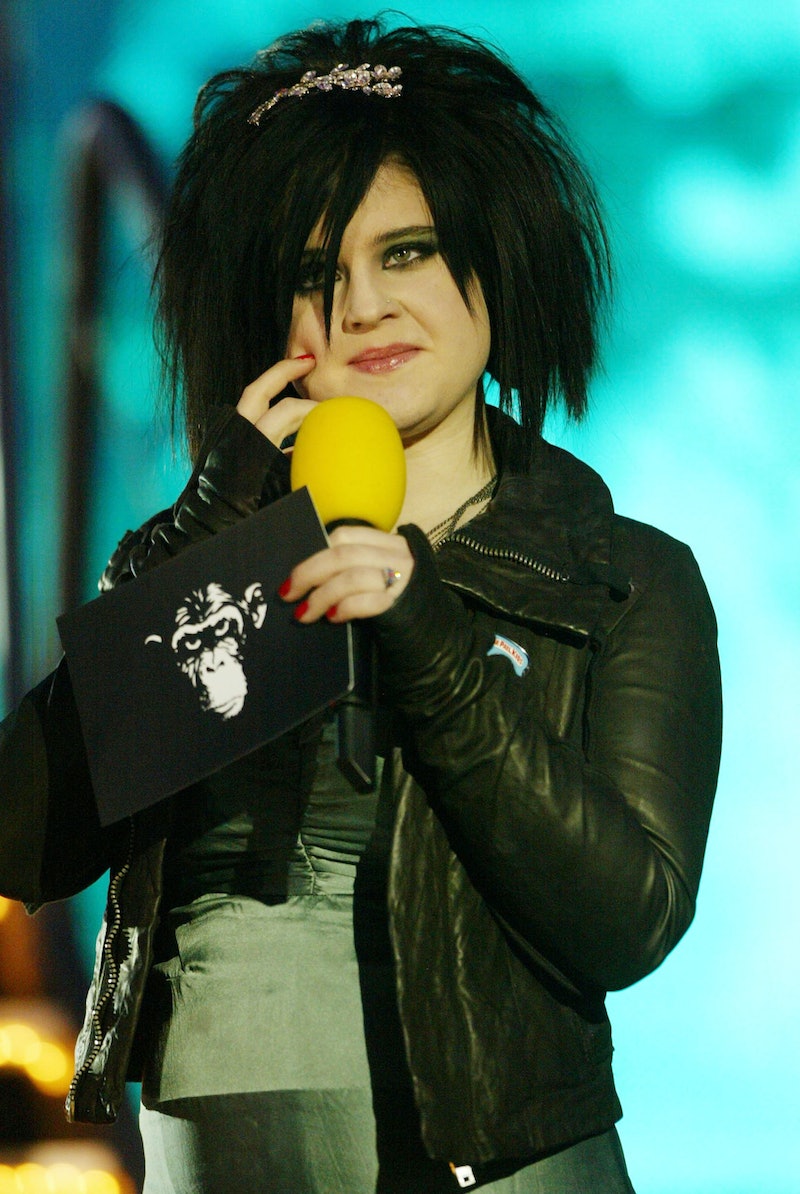 It’s a certified fact: Kelly Osbourne is one of the most slept-on style icons of all time. And Kelly Osbourne's early 2000s style only proves as much. With the emo revival rolling in thick and fast, my personal nostalgia for all things black, pink, and pop-punk has hit me with a vengeance, and I’ve found myself revisiting old photographs of Ozzy Osbourne’s daughter as she was going through her own difficult teen phase.

I can’t say I paid much attention to her sense of dress during her emo days. I was personally too concerned with MySpace follower trains and picking my top eight people on the social media site to pay attention to most pop culture. But looking back, I can safely say that her style banged.

Whether owning the red carpet with then-bestie and reigning queen of pop-punk Avril Lavigne, appearing at an awards ceremony with her family, or performing onstage during her short-lived singing career, her spiky hair and borderline offensive slogan tee and tie combinations epitomized my own pre-teen angst feelings through the first half of the decade.

But casual wasn’t Osbourne’s default style mode. Pictured just as often in luxe-goth silky dresses or with a single pink lily clipped into her punky crop, her sassy red carpet style offered representation for a subcultural movement often ridiculed elsewhere. Below are 11 of her best, "I can’t believe your mother let you leave the house in that," style moments of the early millennium.

These book cover-style bags def had a moment in the early '00s, but Osbourne's sassy girl power message and pinup imagery made hers especially noteworthy.

She may be the daughter of one of the world's biggest rock stars with access to all the clothes she could ever wish for, but that doesn't mean that during her formative years Osbourne objected to a DIY ethos when it came to clothing.

A statement of intent if ever I've seen one, Osbourne wore her heart not on her sleeve, but on her slogan T-shirt.

4. Her Message To The Haters

Another day, another customized jacket. This time, Osbourne bit back at those hating on her sartorial decisions.

Let's focus on Avril Lavigne, not Osbourne, in this case (though her pinstripe pleats are the stuff pop-punk dreams are made of). Upon laying my eyes on this picture, I rushed to the mall to find myself a satin corset held together by safety pins to call my own. I was more than inspired by the duo's no-effs-given attitude.

To cement her pop-punk princess status, Osbourne was often seen pairing her killer resting bitch face with a mini tiara atop her strong as hell side bangs.

Wearing earmuffs front row at a fashion show is one sure way to drown out the haters.

We've seen Osbourne rocking rebellious teen angst like she was born wearing black lipstick, but this Old Hollywood aesthetic (albeit still hinting at her inclination for all things emo) is still giving me serious Rose McGowan-while-dating-Marilyn-Manson vibes.

From the Care Bear tee to the bright, Alice-esque bow to the leggings-over-tutu and pink midi pumps, this profile-picture-ready ensemble appears to have drawn inspiration straight from the honorary home of the emo kid: MySpace. PC4PC, anyone?

I can't say I'll be pulling out the white leather gloves to wear with my wiggle dresses, but Osbourne pulled it off with unsurprising flair.

Whether you're pulling out your fingerless gloves from the back of the wardrobe, spray-painting a sassy slogan onto your old blazer, or frantically trying to remember the login deets for your long-forgotten MySpace page, let Kelly Osbourne — and her slept-on early '00s wardrobe — act as your emo revival inspiration.