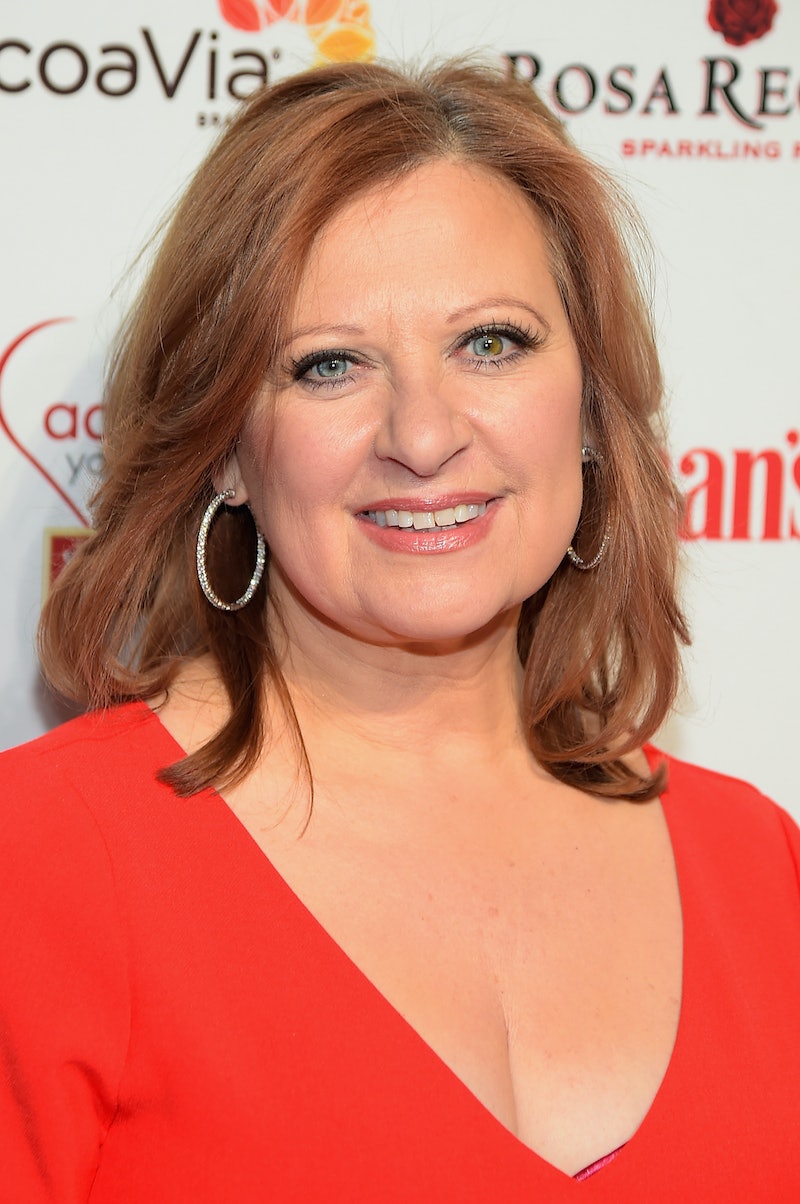 Now that Real Housewives of New Jersey has returned and originals like Teresa Giudice and Jacqueline Laurita are in the cast, people might be wondering if Caroline Manzo will be returning to Real Housewives of New Jersey . Plus, one of the new girls, Dolores Cantania, goes way back with Caroline and the family, so it would make sense for Caroline to come back and still be a part of the fold. That said, I'm really not trying to be mean here, but that is just not a good idea. There are plenty of reasons why Caroline should not come back to RHONJ.

First off, the third season of Manzo'd with Children is set to debut in the fall and it seems to be doing pretty well, so I can't see why Caroline would contemplate leaving such a cushy gig with her last name in the title just so she could go argue with a bunch of frenemies for ratings.

But let's entertain this notion real quick. Even if it's just for a second or two, even if this was a realistic possibility, there still are a lot of reasons why it's not a good idea for Caroline herself or Real Housewives of New Jersey to welcome her back to the cast.

RHONJ Is The Teresa Show

When the show started, it really centered around Caroline and her extended family. After all, her sister Dina Manzo and her sister-in-law Jacqueline Laurita were cast members. Then things started to shift to Teresa Giudice's family drama, and it is basically now about Teresa, her sister-in-law Melissa Gorga, the two Joes, and even Teresa's cousins from time to time. Caroline would not be the matriarch anymore. She would be playing second fiddle if she returned.

She Isn't Into The Drama

Caroline only got involved in the story lines when she absolutely had to. Even though she got in some great lines — referring to her family as being "as thick as thieves" was iconic — she just couldn't deal with all of the pettiness and the annoying dress up occasions. Don't even get me started on the Kims. She's not trying to see any of them either.

The Spotlight Would Be On The Ladies, Not Her Family

Manzo'd with Children allows the fans to see what's going on with Caroline's children and their friends. If she was on RHONJ again, the focus would be centered around the clique drama so there wouldn't be as many Manzo family updates.

She Was Starting To Run Out Of Story Lines

Caroline's aversion to drama and focus on her kids just made her a sitting duck on the show. Plus, it was obvious that she stopped caring about the Gorga/Giudice family drama. She was running out of things to say and refused to open up about her own family drama with her sister Dina. At a certain point, it just made no sense for her to be on the show and it still doesn't.

When Caroline left RHONJ, she discussed not linking the person who she became on the show in a post on her blog:

Over the past few years my outlook on the show has changed from something I couldn't wait to show my future grandchildren to something I hope my future grandchildren never see. I've always prided myself on being a good example for my children and my decision to leave is based on advice I've always given them: "Be true to yourself and be proud of who you are, you are born with a name and you die with a name, don't dirty it up." Going back to film another season of Housewives would only make me a hypocrite.

Clearly, Caroline is really not about that Housewife lifestyle.

She Has Her Own Show

This is probably the only reason that matters. Caroline has her own show with her name in the title. Why would she ever leave that to be a part of an ensemble where she wouldn't be the main star? It would be crazy to go back to RHONJ — unless Manzo'd with Children got cancelled, obviously.

Caroline had her place on RHONJ, but that is just a thing of the past. There is no reason for her to pull a Bethenny Frankel and throw herself into that craziness again.