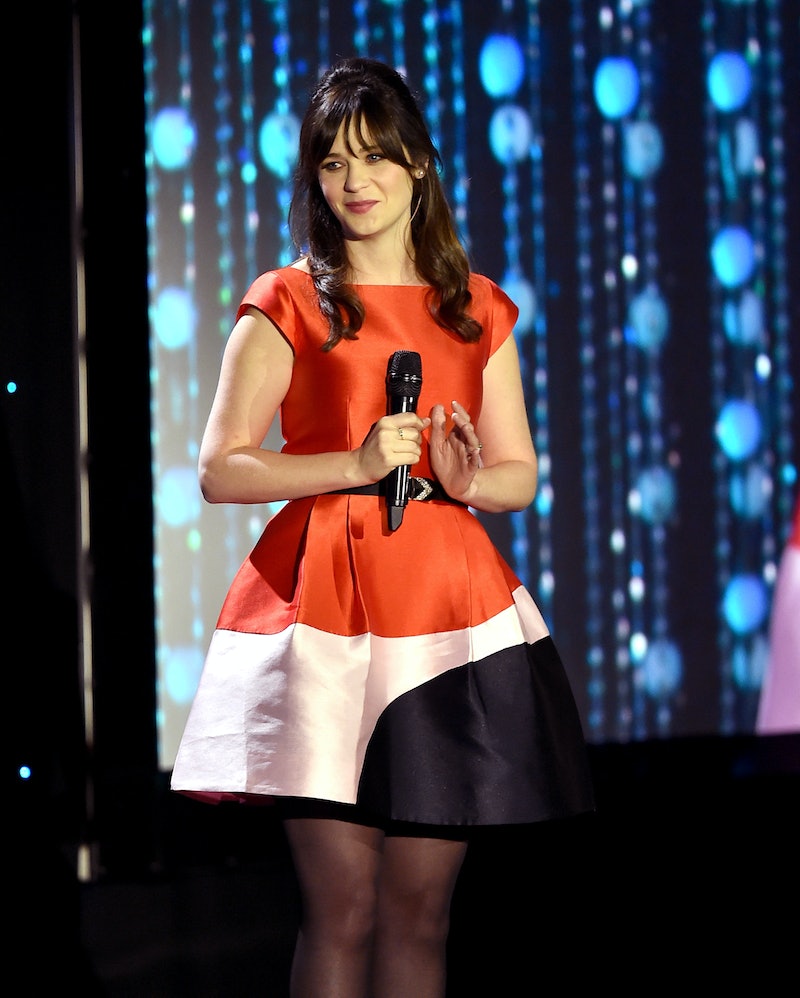 Send your summons to another fictional character, jury duty, because Ms. Jessica Day has an episode of television to helm. According to Entertainment Weekly, Queen of the Twee Frock Kingdom Zooey Deschanel will direct the New Girl Season 6 premiere. That’s right, Deschanel will not only be back in front of the New Girl camera for good, but she will also be running things behind the New Girl camera. As EW points out, the season premiere will be the actress/singer’s directorial debut.

This New Girl news comes hot on the heels of the superb announcement that actress Megan Fox will be on the show again. As EW confirmed last Thursday, Fox’s Reagan — the hilariously no-nonsense character who joined the ensemble in Season 5 when Deschanel went on maternity leave (aka “jury duty”)— will be part of a Season 6 arc that could last as many as eight episodes. Can't wait.

As EW reports, the first episode of Season 6 is titled “House Hunt,” a reference to newlywed couple Cece and Schmidt’s search for a home. (No word on whether or not Andromeda “The Voice of House Hunters” Dunker will narrate the episode.) The Deschanel-directed Season 6 premiere will air on Sept. 20 on Fox. Can't waaaaaait.

You said it, er, shimmied it, Jess.