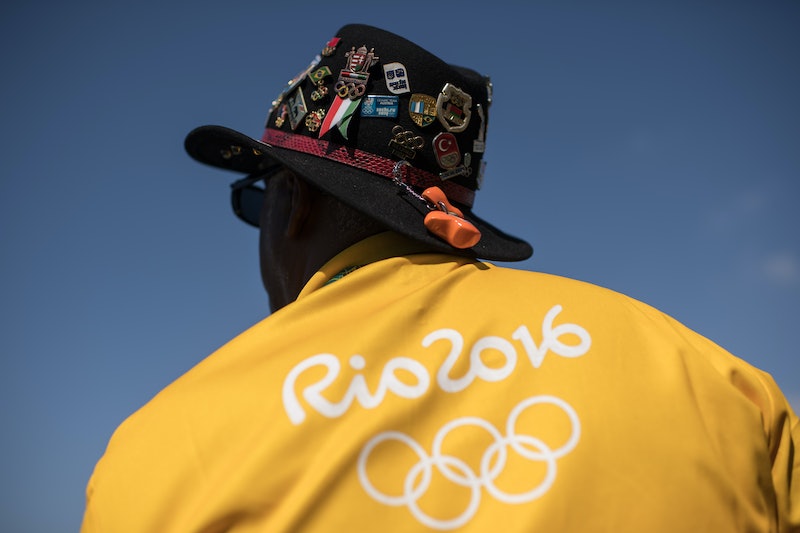 Elite athletes from all around the world are converging on Brazil as they make final preparations for the Olympic Games in Rio de Janeiro, and one of the most unique and exciting parts of the experience is where they stay. All 17,000 Olympians stay in the Olympic Village, an exclusive community where athletes, coaches, and trainers can bond over their berths and the opportunity of a lifetime.

The Olympic Village has a notorious reputation for debauchery, as athletes let off steam and have a good time during one of the most stressful and exciting times in their lives. Australian swimmer Melanie Schlanger recently spilled the beans told the Daily Mail on what it's like to live in the Olympic Village for three weeks. Apparently, there's a lot of eating, drinking, and sex.

A 24-hour McDonald's dispenses thousands of chicken nuggets per day in the dining hall, which spans the length of two football fields. Usain Bolt says he ate 1,000 nuggets in 10 days at the Beijing Olympics. At athlete-exclusive nightclubs, gold medalists get free drinks all night, and 450,000 free condoms are distributed to athletes throughout the Games — "Let's just say there is a very good reason there are so many free condoms in the village. This year I expect Tinder will be very popular," Schlanger added.

Although the Olympic Village is typically a place of rest and relaxation, the Rio Olympic Village is having several significant problems which could affect the athletes' performance and experience. Athletes from Belarus, Kenya, Sweden, and Argentina have claimed that their accommodations have exposed wiring, blocked sinks, and broken toilets, and the Australian delegation was allegedly robbed during an evacuation due to a small fire on Friday. The fire alarms were actually disabled at the time of the evacuation, and one athlete slept through the entire ordeal, which could have been lethal if the fire had spread.

International Olympic Committee president Thomas Bach assured the world that Rio will be ready for the Olympic Games, but the evidence thus far is a little worrisome, and the consequences of such unpreparedness could disadvantage other developing countries. "Rio has been the biggest challenge we have ever faced," Gerhard Heiberg, a longtime member of the IOC, told The Wall Street Journal. "Maybe we will spend some more time thinking about going to the last continent. We need some assurance it will be a success." Although the preparations for the Games can be costly and destabilizing for communities, they also drive tourism for years after, which could be a critical economic boost for developing countries.

The Opening Ceremony for the Olympics is Friday, Aug. 5, at which time the preparations for the Games will really be put to the test. With any luck, the last-minute adjustments will make for smooth sailing throughout the two-week event. But there's already a troubling precedent for things to go wrong during these Games. Still, that shouldn't affect the spirit of camaraderie and fellowship which the Olympic Village engenders, which is the real point of the Olympics anyway.