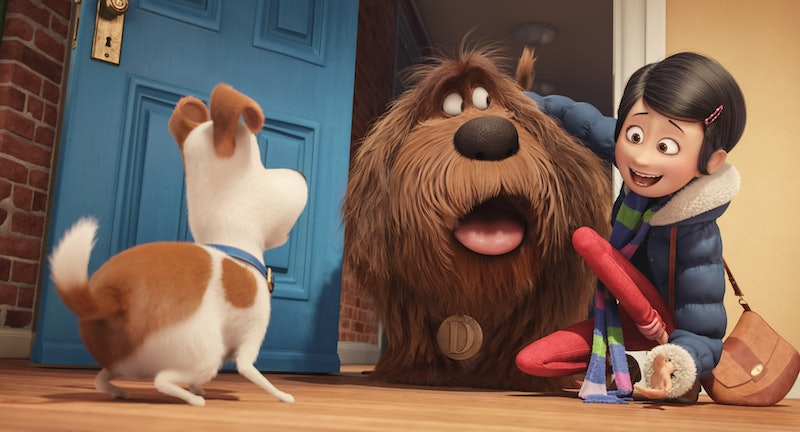 If you enjoy watching animals roam around for hours at a time as much as I do, then you are in luck, because, according to Variety, the hit animated film The Secret Life of Pets is officially coming back for a sequel. Yes, that means twice as many hours of adorable pet frolicking as there currently are in the world right now — I think that is something worth celebrating. But how should one celebrate the good news that even more animal cuteness is coming our way? With hopes for the future, of course! Because there are a ton of household pets the sequel should include.

With most of the first movie being overrun with typical domesticated pets like cats and dogs, I’m hoping that the sequel takes audiences to a new locale where more wild definitions of “pets” could be found. Instead of a big city where there are mostly cats, dogs, and other small animals populating homes, I vote for the sequel moving on to greener pastures where bigger animals could be included.

So just what kind of pets am I talking about? Really, the sky is the limit when it comes to household animals. It’s all a matter of preference. I’m just hoping that the writers include these adorable critters in the next iteration.

Have you ever seen the cages in which those things are kept? Escaping would be so easy and add so much to this storyline.

But it shouldn't be a creepy one. Destroy snake stereotypes! For that alone, I think this pet is totally worth including.

Can he be a gluttonous frog, please? With those big bellies, I always picture frogs chowing down on pizza and hot dogs when nobody is looking.

This pet might slow down the action of the movie, but that could also offer huge comedic value to the script.

If the writers go this route, I’m hoping this pet only makes a cameo in the movie. Any more than that I would die from the shrieking.

Think of all the tight spaces and places where a pet like this could come in handy. This little guy or girl could save the day if it came down to it.

But like an old, retired horse, please. If he can sound cynical and over it at all times, even better.

With all the animals in the world to choose from, I think these would make great additions to the sequel. Stay tuned, because we’ll find out which animals made the casting when The Secret Life of Pets 2 is released on July 13, 2018.