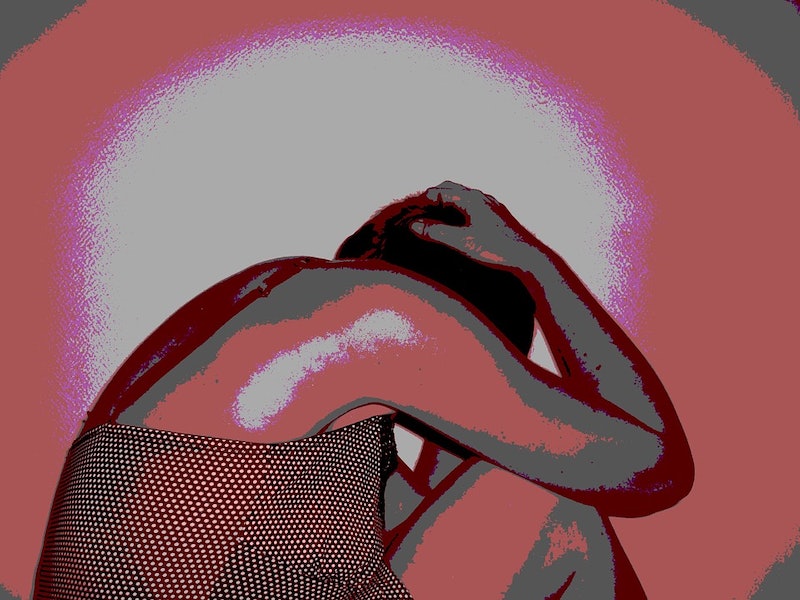 PTSD, or post-traumatic stress disorder, has come a long way. It only really began appearing as a diagnosis post-World War I, described as "shell shock" and incredibly poorly understood; many sufferers were sent to lunatic asylums across Britain and Europe, and others were accused of malingering, subjected to electrical currents, or submerged in torturous ice baths. From there, our understanding of it has developed to the point where it's now recognized as a variety of anxiety disorder that, according to the definition of Psychology Today, "may develop after exposure to a terrifying event or ordeal in which severe physical harm occurred or was threatened". Not everybody who's experienced trauma develops PTSD, but if one of your friends does, how can you cope with it and help them heal?

First things first: no, a person with PTSD is not just going to "snap out of it," and it's not very likely they're doing it for attention, considering that one of the prime diagnostic criteria is one or more "re-experiencing events" in which the sufferer is mentally catapulted back into their memory of the event. You can be helpful by being normal, sensitive, and educated, but PTSD does need a bit of specialist knowledge to help you navigate the friendship properly.

Here are seven tips for understanding and helping a friend with PTSD.

The Hollywood version of PTSD does get some things right: a trigger can make a person curl up into a ball and have a highly vivid "flashback," or mental playback of the moment or situation of trauma. But it does leave out the bulk of modern conceptions of PTSD. "Fifty years ago," the Anxiety Network explains, "this condition was typically called 'battle fatigue' or being 'shell shocked' at the horrible realities of war and what was witnessed. Today, the diagnostic category of 'post-traumatic stress disorder' fits better and is more inclusive, expanding the original definition to any event or situation that brought on these symptoms, not limited to war and the battlefield." These days PTSD can be diagnosed in those who've been in abusive relationships, sexually assaulted, witnessed a natural disaster or shocking event, or anything else of a sufficiently traumatic nature.

If you're wondering about the clinical diagnosis of PTSD, it has to meet four criteria: "intrusion, avoidance, negative alterations in cognitions and mood, and alterations in arousal and reactivity." To be diagnosed, the person in question doesn't have to go through an intrusive interview; they can do a self-report questionnaire in which they testify to how they're feeling.

2. Let Them Talk About It

Think the best way to help somebody with PTSD is to avoid the topic and hope that makes it better? Nope. Common misconception; but it's at the initiative of the PTSD sufferer to actually talk about it, and if they want to, your most valuable role is to listen and check in with them periodically about how the conversation is making them feel. If what they're discussing is too heavy-going for you, that's something to bring up; but do it in a way that doesn't make them feel bad for talking about it.

3. Know About More Than Just The Triggers

PTSD is about more than cowering in terror if a door slams. The emotional impacts of huge trauma are very varied; the US Department of Veteran Affairs mentions feeling "angry, detached, tense or worried," "irritable, on guard, jumpy, worried, or nervous," and the occasional "struggle with intense anger and impulses." A person with PTSD may not be perfectly "fine" when they're not being reminded of their trauma and entering a frantic panic state in which it's "replayed". (It's also worth noting, as Psychology Today points out, that panic disorders and PTSD are different; PTSD has its core in a specific event or series of events which create flashbacks, while panic disorder is less fixed and more diverse.)

4. Do And Talk About Other Stuff

This is particularly important if your friend is an adolescent or a child; routine and the continued existence and importance of other things are a crucial element in stabilizing a PTSD sufferer. Indeed, routine is often mentioned as extremely helpful when it comes to having a household with a PTSD sufferer, as the blog Family Of A Vet points out. Life shouldn't stop because of their diagnosis; it's very important to them as well as to you that you talk about other things, get to the supermarket, argue gently about the radio station, and hang out getting dinner. If you've been friends since before the trauma, there may be part of your old routine that they can no longer do; be prepared to adapt, not to drop everything.

Soothing a PTSD sufferer with "there there, it'll all be OK" is about as helpful as cracking an egg on their head. The Help Guide, which is an extremely good resource for PTSD-related information (including a lot of helplines and external advice), says that behaving "blithely" is one of the worst things you can do for a person in flashback mode. Instead, try to draw them "back into the room": remind them that it's not real, try to get them to notice sensations or simple facts about where they really are, and don't go near them without asking their direct permission, as they may be confused and hurt you. (They may do this unintentionally anyway. A friend with PTSD once accidentally hurled his wife out of bed waking up from night terrors about giant spiders.)

6. Don't Give Them Drugs

Yes, I do need to say this. A lot of progress has recently been made on whether certain class-A drugs might actually be helpful for PTSD sufferers, which is very exciting; both psychedelics and cannabis are under review as possible helpmeets, particularly for American veterans with PTSD. But neither has been officially signed off by the FDA, and that means that you shouldn't play doctor and give your friend anything to "help," even if weed is legal in your state. If their doctor thinks it's a good idea to get them a medical marijuana license, that's fine, but even if you're a biochemist with a neurology degree, steer clear of anything that hasn't been rigorously tested. Beware of headlines that proclaim that anything is a "miracle cure," too.

7. Encourage Them To Get Help

A lot of PTSD survival is in fact about self-care; the organization Mental Health America lists a lengthy amount of activities that are shown to help PTSD sufferers on their own, from exercise and relationships with friends (which is where you come in!) to keeping a journal and avoiding alcohol or caffeine. But alongside this are therapeutic regimes with psychologists that can seriously help. If your friend is seriously concerning you or a bit worried about getting treatment, help them learn about what actually happens in PTSD treatment (exposure therapy, for instance), and go with them to initial appointments if they remain freaked out.

An obvious addition to also remember: take care of yourself.