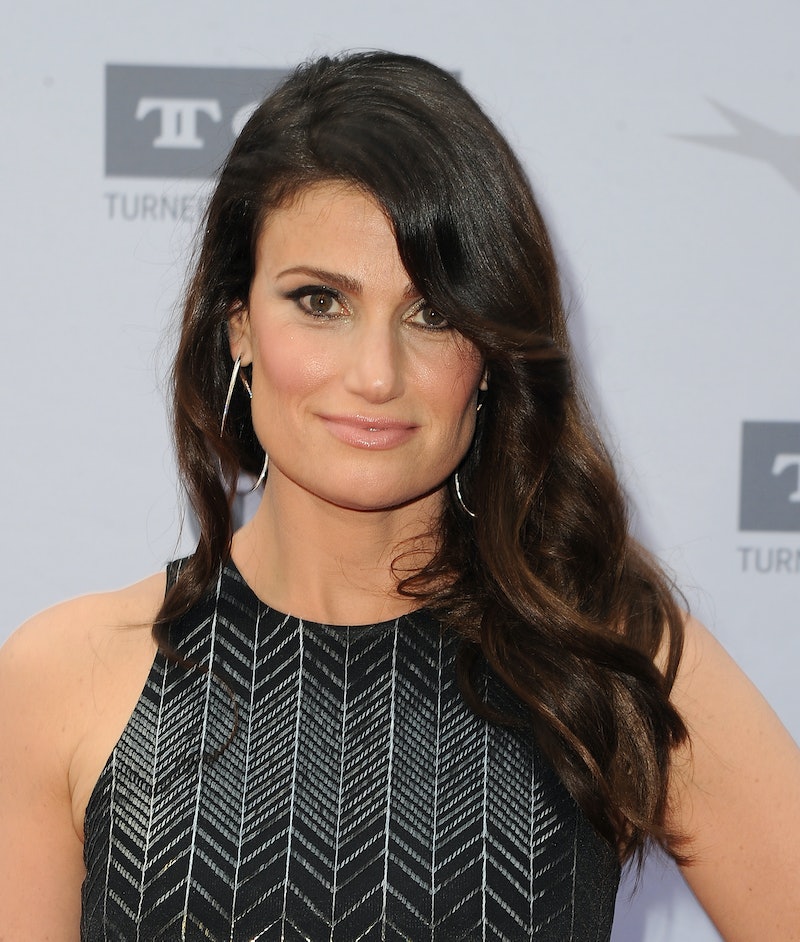 To be completely honest with you, when it comes to my feelings on classic film remakes, I'm a total flip flopper. Remakes can be the bee's knees, but mainly on a case by case basis. So when, as Entertainment Weekly relays, Bette Midler approves Idina Menzel's casting in the Beaches remake on Lifetime, that must mean that this is, without a doubt, a movie do-over that will go in my "here for it" column.

Sometimes I think remakes a great idea. Other times, I think they're a worse idea than the time I decided to twirl my curly hair in a round brush so tightly that I had to get it cut out, giving me instant bangs at 9 p.m. But, I mean, is there bigger honor or better omen than Midler alerting the public that she's thrilled to pass on the baton? Perhaps not. Especially when you consider how big of a Bette Midler fan girl that Menzel is. The Broadway star tweeted, "@BetteMidler has been one of my all time idols. I hope I can make her proud. #Beaches." And, the living legend wrote, "Can’t wait to see Idina Menzel as CC in Lifetime’s Beaches! DON’T TELL ME THE ENDING!"

So, you see, this is only good news, Beaches fans. It means that Midler is on board, and Menzel has a new sense of confidence in making the role her own. While Midler's tweet sweetens the pot, the truth is that, even without it, Menzel's casting already made this movie a sure thing. Second to Midler, there is no one more perfect for the role, and here is why:

Menzel will sing "Wind Beneath My Wings," and you can't just let anyone do a cover of that iconic tune. It has to be someone with pipes and charisma, and she's got both in spades.

Not only does she have the acting chops, she gets what it's like to actually be CC.

3. She Knows How To Play A Rambunctious Character

Especially one that's opposite a more demure and reserved character.

4. She's Got The Charisma And Range To Pull Off CC Bloom

From Rent's Maureen to Glee's Shelby Corcoran to Frozen's Queen Elsa, Menzel has made a slew of diverse characters come to life.

Midler's sure that Menzel has got this on lock, and I'm sure that this means the Beaches remake will be everything we hoped for... and then some.