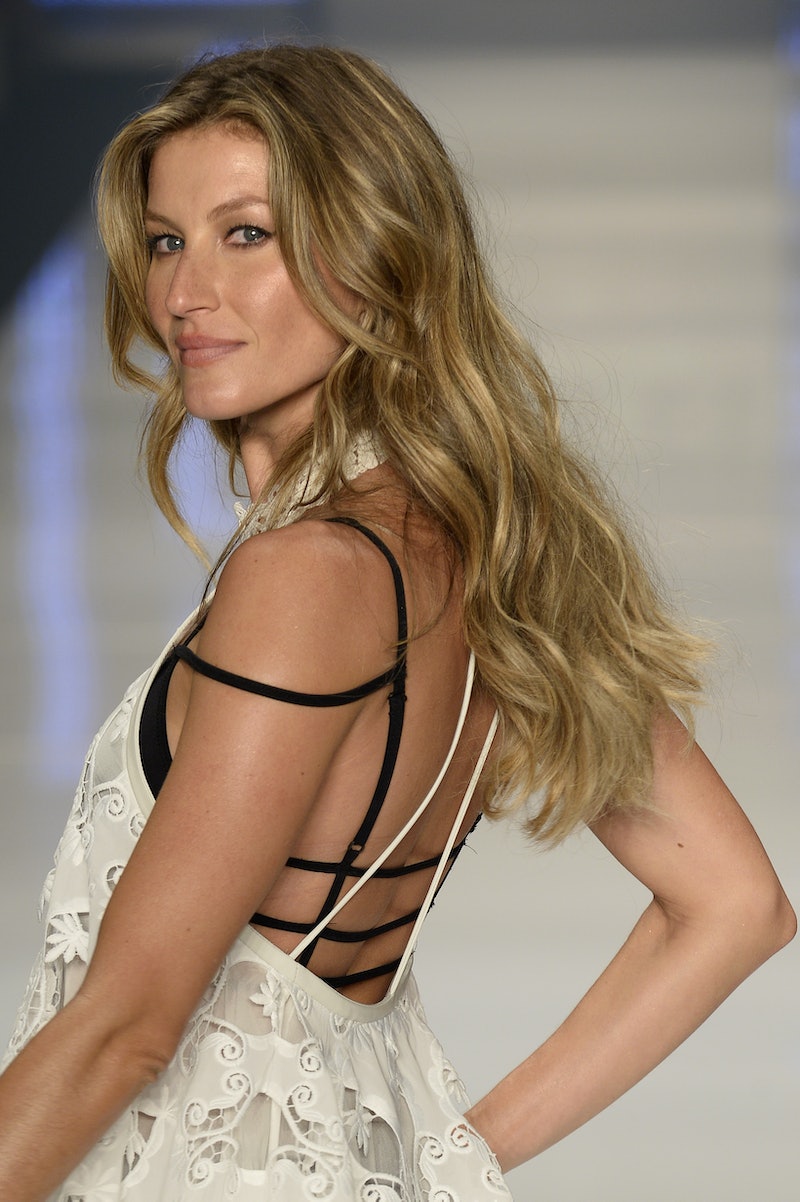 Have you heard the news? A certain well-loved supermodel will be performing in the Rio Games Opening Ceremony in serious style — which makes sense, seeing as she has roots in the country. What's her history, though? When did Gisele Bündchen live in Brazil?

As it would turn out, the former Victoria's Secret Angel was born and raised in the country — it's even where she was discovered, shortly before rocketing to international fame. According to an interview with Deutsche Welle, Bündchen was born in Horizontina, part of the Brazilian state Rio Grande do Sul. As she explained, it's a "backcountry" town that was once "mainly colonized by Germans." She's part of the sixth generation of her family born there — which, when you think about it, means her family has been in Brazil for over a hundred years.

She was discovered in her home country by a modeling scout whilst eating a Big Mac in 1995, and the rest is pretty much history: By 1997 she made the move to New York City, and by 1998 she was spending the majority of her time jet-setting, walking runways for Alexander McQueen, doing print ads for Versace, and much more. In 2000, she signed a deal with Victoria's Secret, and went on to become one of their best-known Angels ever.

Nowadays, she continues to reside in the U.S., but she still travels home to Brazil every now and again. After all, she still has family there, and she has her Brazilian flip flop line, Ipanema, to think about.

She also owns a Brazilian hotel, and has been spotted checking out choicy Brazilian real estate with her sister.

At any rate, it'll be exciting to see her showcasing full-on Brazilian pride at the 2016 Olympics Opening Ceremony — she's set to portray The Girl from Ipanema , and really, there's no one better for the job.

More like this
42 Black Owned Fashion & Beauty Brands To Support Today & Always
By Mekita Rivas, Shea Simmons, Kui Mwai and Dominique Norman
23 Times Meghan Markle Dressed Just Like Princess Diana
By Bustle UK
Hailey Bieber's "Glazed Donut" Nails Are So Minimalist Chic
By Danielle Sinay
Jennifer Lopez's Diamond Mani Shows Off *All* The Rocks That She's Got
By Audrey Noble
Get Even More From Bustle — Sign Up For The Newsletter