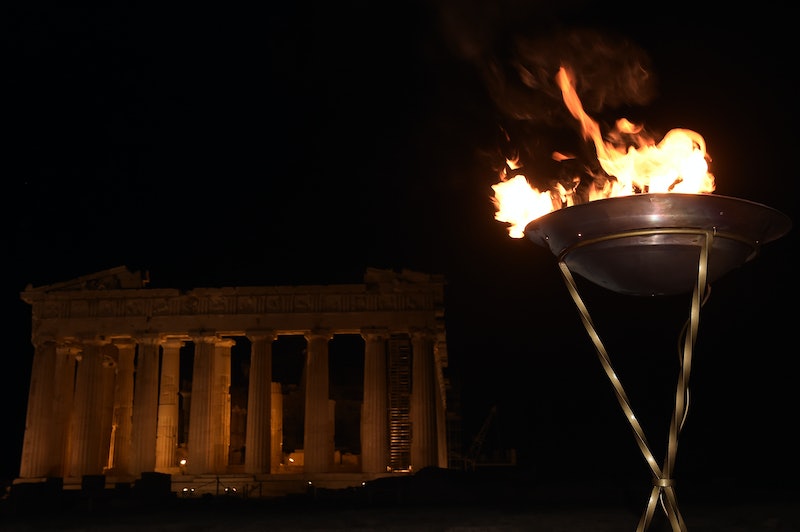 Around midnight on Friday at the 2016 Olympics opening ceremony, the famed cauldron will be lit by a flame that has been traveling to Rio de Janeiro's Olympic Park since April, passed between 12,000 people along the way. Being the one to light the cauldron is a big honor, one typically (and fittingly) bestowed upon elite athletes. This should make you wonder: who will be lighting the Olympic cauldron on Friday? We might not know for sure until that person takes the flame, but we've got reason to believe it'll be one candidate in particular.

Not only is the cauldron lighter usually a star athlete, but one from the games' host country. So we can bet on a Brazilian pro athlete. An obvious choice here would be Pelé, born Edson Arantes do Nascimento, arguably Brazil's most famous athlete. Indeed, organizers reached out to him to ask him to light the pyre, reported Reuters, and the soccer legend is consulting with his sponsors for permission to do so. Though he never played in the Olympics himself, Pelé has been dubbed the "King of Football" for his astounding soccer career. He won the World Cup three times, and was named "Athlete of the Century" by the International Olympics Committee. Pelé played host when the torch made a stop at a museum in his honor in his hometown of Santos on July 22.

Pelé would likely be the highest-profile athlete to light the cauldron since boxing star Muhammad Ali did so in 1996, with the exception of Wayne Gretzky, who lit the pyre for the 2010 Winter Games. Other recent Summer Olympics cauldron-lighters include artistic gymnast Li Ning in 2008 and sailing gold-medalist Nikolaos Kaklamanakis in 2004.

Should things not work out with Pelé, the games' organizers may look to Vanderlei de Lima, a Brazilian marathon runner who participated in the 2004 Olympics in Athens. De Lima didn't win that marathon — he took the bronze — but he is best known for enduring an attack from a protester four miles out from the finish line. The attacker may have cost him the race, as de Lima was in the lead before the interruption, but the runner responded with forgiveness and gratefulness.

Odds are that Pelé could very well play the prime role of lighting the Olympic cauldron during Friday's opening ceremony, placing the well-traveled flame in its final destination, where it will continue to burn bright throughout the games ahead.