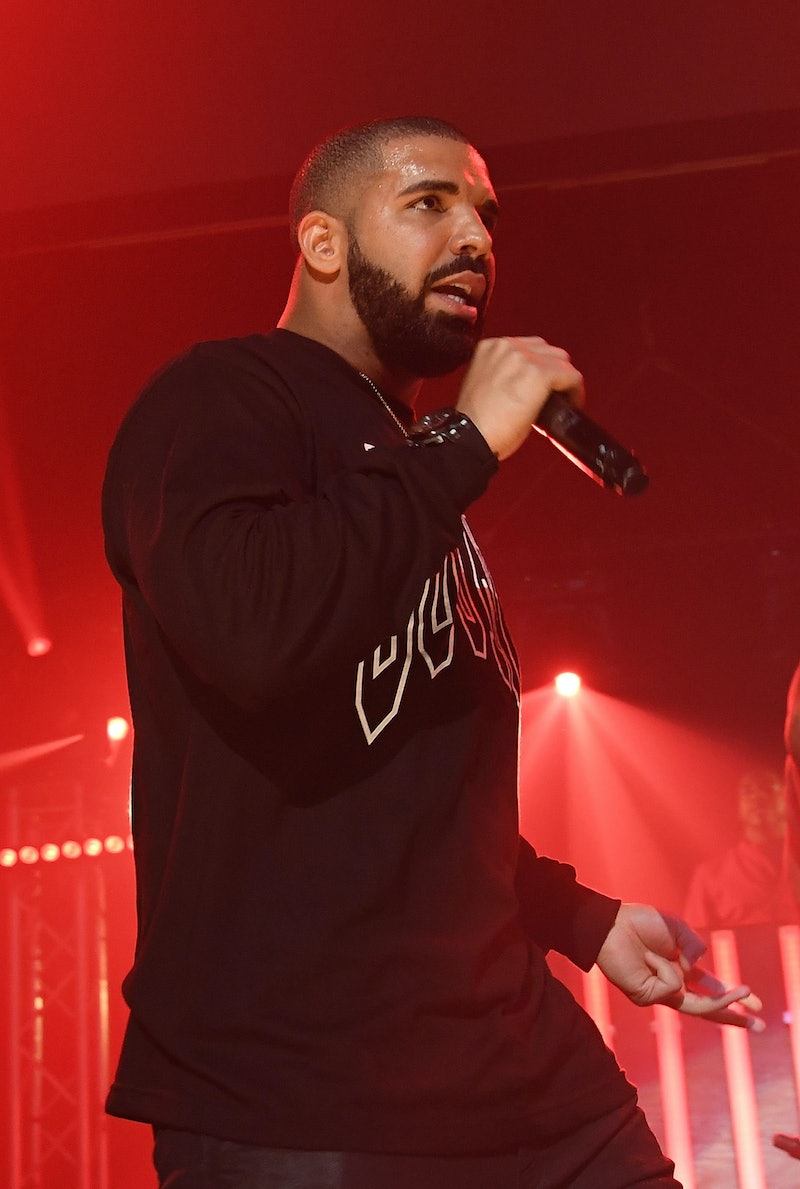 Drake has been on a major roll lately. After snagging multiple VMA nominations including one for the coveted "Video of The Year," topping Billboard's Hot 100 week after week, and kicking off his highly anticipated Summer Sixteen tour, the rapper is now launching a pop-up store. If you're as excited as I am, you may be wondering — when is Drake's Summer Sixteen pop-up shop open? Brace yourselves, Drizzy fans.

The artist took to Instagram on Wednesday to announce the opening of his new NYC pop-up, coinciding with his return to the Big Apple for his Summer Sixteen tour. According to Complex, the store will offer branded tour merchandise including tee shirts imprinted with Drake's face, some of the rapper's signature catch phrases, and the praying hands emoji he loves so much, as well as a sweatshirt reading the word "Revenge." Judging by his killer personal style, I'm willing to bet that the apparel will be dope as hell.

So when will the pop-up be open? If you're dying to snag some Drake-backed merch, head over to 208 Bowery between August 4 and August 7. There's no word on the exact times when the store will be open yet, but given Drake's super crazy fan base, it's probably a good idea to get there early.

Just one short day away.

Here's to praying the merch doesn't sell out too quickly!