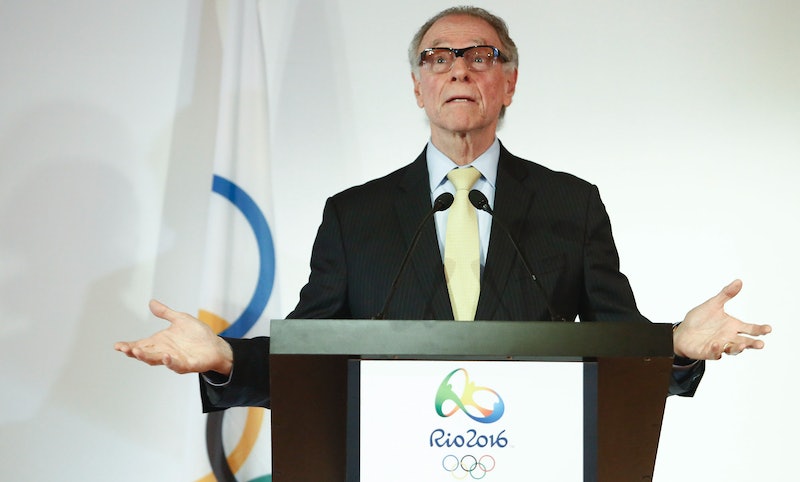 On Aug. 5, the opening ceremony of the 2016 Summer Olympics will be broadcast on NBC at 7 p.m. ET. It's the first dramatic scene that'll give way to several solid weeks of top-level international athletic competition. And if you're craving information about some of the sights, sounds, and people you'll see, then you might be wondering about some of the officials who'll be involved, too. For example: Who is Carlos Arthur Nuzman, the Olympic ceremony speaker whom you'll see on Friday night?

Nuzman, 76, has been the president of the Brazilian Olympic Committee since 1995, and in 2012 became the head of the organizing committee for the Rio games. His history with the Summer games goes far beyond being a mere official — he's actually a former competitor. Born in 1942, he made it to the 1964 Olympics in Tokyo, Japan as a member of Brazil's volleyball team, and it made history. Up until 1964, volleyball had never before been played in the Olympics, whereas now it's as mainstream, widely-known, and durable an Olympic sport as you'll find. Both men and women's teams competed in Tokyo that year, but Nuzman and his 1964 Brazilian men's team did not come away with any medals.

According to his career and profile page on the official Olympics website, Nuzman has also played golf, soccer, and tennis, and is a swimmer. He was also a member of the International Olympic Committee (IOC) from 2000 to 2012, and has been an honorary member from 2013 to today. The IOC, in case you're not familiar, is the overarching organization which controls basically everything about the Olympics, in particular the process of nominating and selecting new host cities.

Tokyo has been selected for the 2020 Games, amid allegations of corruption in the bidding process, to which the IOC has said it has "done as much as any organisation can do to address the issue of corruption." Nuzman has also recently been tasked with trying to ease fears about Rio's preparedness for the Olympics to begin. He told the media in early July that the city was ready for the games to begin, despite a lot of reporting to the contrary.

In short, Nuzman is basically a sort of Olympic lifer. For most athletes who get the chance to compete on the world stage, it's a one-and-done affair. But in Nuzman's case, his association with the Games has stretched across nearly his whole adult life, taking him from his days as a competitor all the way to successfully bringing them to his home country all these years later. This will be Brazil's first time hosting the Summer Olympics too, so as the culmination of a lifetime's work, it's probably pretty satisfying.