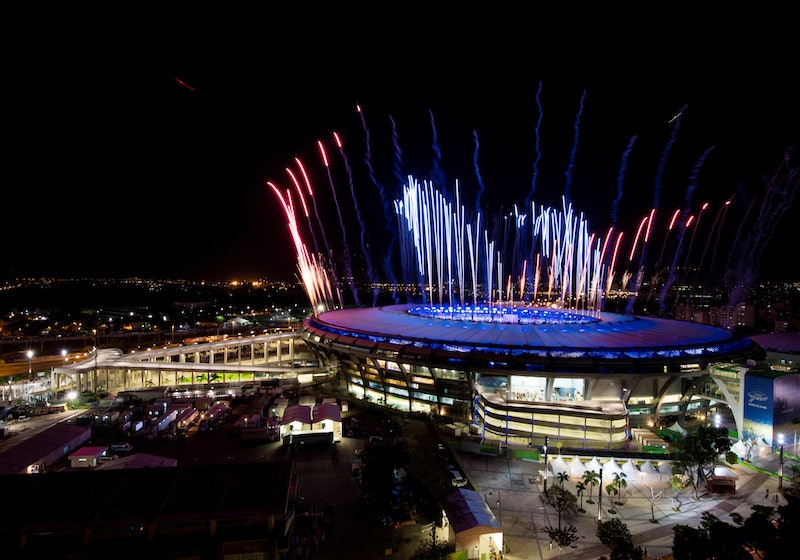 On Friday, millions of people will turn their attention to Maracanã Stadium in Rio, Brazil, as the 2016 Summer Olympics opening ceremony takes place. And even though it's expected to be a less costly, less ostentatious affair than in previous years (less so than the London opening ceremony four years ago, and dramatically less so than the eye-popping one in Beijing in 2008), it'll still feature some familiar sights and sounds. But here's something you may not have known: the rules for lighting the Olympic cauldron are a little weird, even though that's rarely apparent in the presentation.

Whether it's the Parade of Nations, featuring every participating country (including, for the very first time, a team representing global refugees) with their flags held aloft, or the transfer of the Olympic flame from the torch to the cauldron, there's a good chance you've seen these sorts of iconic moments before. The Summer Olympics in Atlanta in 1996 were particularly dramatic example, when legendary boxer Muhammad Ali (who died in June) took the torch the last leg of the way to the cauldron. But what's less obvious than the event's iconography and role throughout Olympic history are some of rules that govern how it's handled.

Namely, as The Telegraph detailed in March while forecasting some cauldron-related trouble for the Tokyo Summer Olympics in 2020, there are two requirements: the lighting of the cauldron must be visible to everyone at the opening ceremony (watch out for those blind spots, in other words), and also visible to residents of the host city who can't get inside the stadium. This caused trouble in London in 2012, when the cauldron was positioned within the stadium in such a way that only the people inside could actually see it in person.

In the case of Rio, however, things will be playing out a little differently than usual, possibly in service of those rules. According to the AP, though the cauldron will be lit by the Olympic torch in the opening ceremony's host stadium like usual, it won't be living there throughout the games. Rather, after one night burning in Maracanã, it'll be moved downtown, allowing the public to get a better look than they necessarily would have if it were a distant beacon atop a faraway stadium. The exact location, however, is still a matter of some mystery.

Don't worry if you're watching from home, however, because you'll definitely get to see it. It might not strike quite as dramatic an image on TV as, say, one of those towering stadium-roof cauldrons that have been used in years past, but rest assured, its still going to get its fair share of screen time.