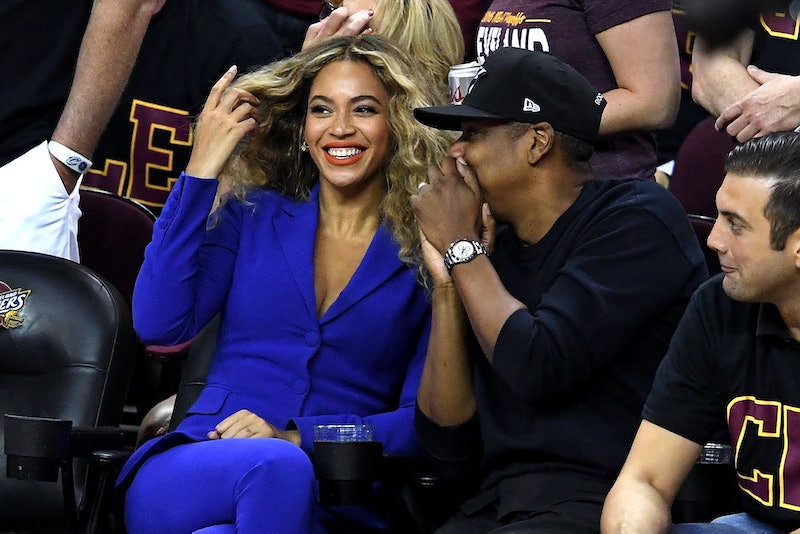 Let’s put this musical rumor to bed, once and for all: The world was told on Wednesday who Becky with the good hair really is by the woman who would definitely know. On Tuesday, Diana Gordon, the woman who collaborated with Beyoncé on a number of songs off of her hit album, Lemonade, spoke exclusively with Entertainment Weekly about the controversial couplet, and what she had to say about Lemonade's Becky with the good hair was not what anyone expected.

It’s certainly not what I expected. Diana Gordon addressed the rumors about her now famous line, one of the most famous from her career. When asked what she thought about people reacting so strongly to the whole “Becky with the good hair” line, Gordon said she “laughed.” She went on to say that she thought the whole hoopla was “so silly. Where are we living? I was like, ‘What day in age from that lyric do you get all of this information?’ Is it really telling you all that much, accusing people?”

Considering that Gordon collaborated with Bey on “Sorry,” I think it’s safe to say that she would know for sure who the lyric was about. And, unlike what so many fans originally thought, it turns out that the lyric is about nobody in particular. Gordon says, “The idea started in my mind, but it’s not mine anymore.” That sort of shoots down the whole “Beyonce wrote it about some girl Jay-Z was sleeping with” theory, now doesn’t it?

Gordon said that, now that Beyoncé adapted and adopted the lyrics (she calls Bey “a scientist of songs” in the interview, claiming the singer “definitely changes the song structures” Gordon creates), they belong to her. But as far as who or what they were initially referring to, it wasn’t anyone specific from Beyoncé’s life.

Now that the truth is finally out there in the world, it’s natural to read meaning into what Beyoncé meant when she sang the lyric. But it sounds like the origin of this line was pretty innocent and disconnected from her actual life. And, honestly, I’m as pleased as punch over this news, because this now means that the song and that infamous line isn’t so much about tearing down another woman as it is about a really compelling rhyme scheme. As a woman and a writer, that is an answer that I can definitely get behind.

More like this
Becky G Once Had A Fear Of Speaking Spanish. Now She's Topping The Latin Charts.
By Tess Garcia
'Love Island’s Biggest Draw Is Still FOMO
By Chanté Joseph
Taylor Swift Knew Hayley Kiyoko & Becca Tilley Were Dating 4 Years Ago
By Grace Wehniainen
Mick Jagger Calls Harry Styles A "Superficial Resemblance" To His Younger Self
By Jake Viswanath
Get Even More From Bustle — Sign Up For The Newsletter