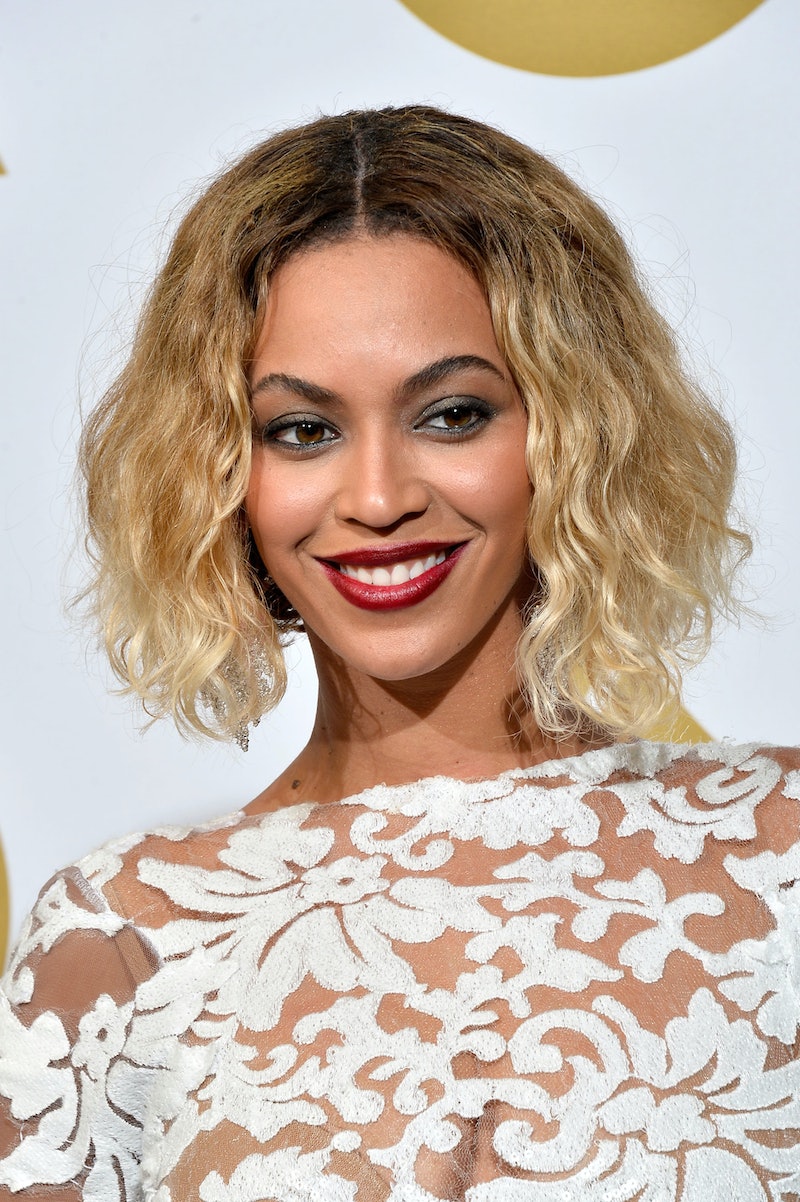 There have been many debates over whether Beyonce's music, videos, and other ventures are feminist are not, but when it comes to her latest project, even the singer's biggest critics have to agree that she's doing some pretty awesome things for women. Along with Jennifer Garner, Jane Lynch, and an impressive array of other powerful women and men, Beyonce is starring in Ban Bossy, a new campaign set to rid the word "bossy" from our vocabularies and encourage more girls to be leaders.

In a PSA created by The Girl Scouts of the USA, LeanIn.org, and Lifetime, several influential familiar faces team up to voice their frustration with the word "bossy," which they argue is a derogatory term only ever applied to women and girls. Men get "assertive" or "powerful," but when a female exerts leadership? She's "power-hungry," "rude," and, very frequently, "bossy."

Beyonce, Garner, and the rest of those featured in the video, though, are fed up with the word's connotation for females, and are fighting to make a change.

The campaign's hope is to inspire more females to take on leadership roles, which, its stars reveal, tend to spark more interest in boys than girls by middle school, in part due to girls' fear of and embarrassment over getting called "bossy" by their peers.

The PSA encourages viewers to sign a pledge to ban the word, saying that "words matter" and that the terms girls are called early on for displaying leadership skills can drastically alter the course of their lives. While boys are pushed to succeed, girls often shy away from taking on powerful positions because of the "bossy" stigma. Yet as the stars in the video can attest, when girls and women push through that limitation and take on roles of power, the results can be huge.

Says Beyonce, "I'm not bossy. I'm the boss," and there's not a person in the world, male or female, who would dare to disagree.

Watch the PSA below: