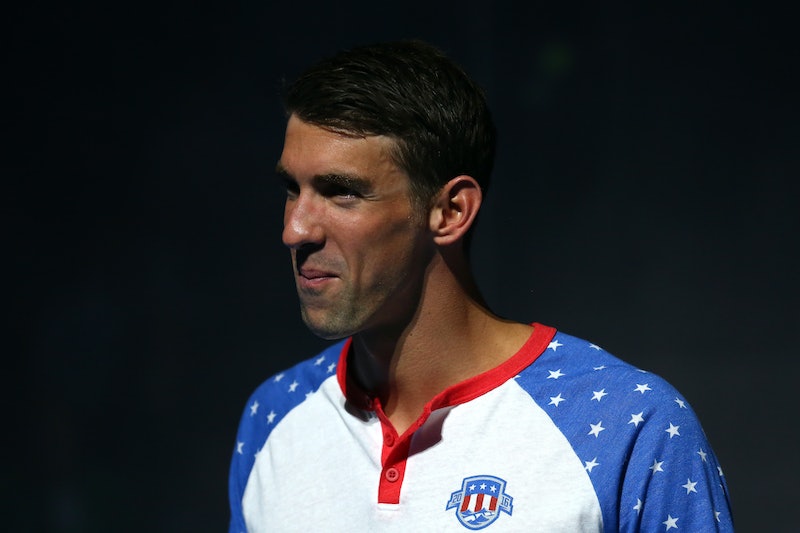 It's arguably one of the coolest positions at the Olympics, so you might be wondering: How does Team USA choose their flag bearer for the opening ceremony? They actually have a pretty democratic process. The flag bearer for Team USA on opening night is actually selected by a simple majority vote.

This year, the athletes of Team USA ended up making a longtime Olympian's first opening ceremony one to remember. Five-time Olympian Michael Phelps was chosen by his peers to represent Team USA as the flag bearer for the 2016 Rio Olympics. "To lead our country into this Olympics is something that I honestly never thought I’d have an opportunity to do," Phelps, who has won 22 Olympic medals throughout his career, told USA Today.

This will actually be Phelps' first opening ceremony, despite competing in four Olympics prior to this one. One of his signature events, the 400-meter individual medley, was always held bright and early on the first day of the games. Because he's such a dedicated athlete, Phelps always decided to sit out the opening day festivities in order to get a good night's sleep. But this year, he's excited to take the lead at the head of the delegation.

"This time around, it's about so much more than medals," he told reporters in a statement. Easy enough to say when you're the proud owner of 18 gold medals, but he's definitely not bragging here.

Phelps has competed in each summer Olympics since Sydney's 2000 Olympic Games, and is only the fifth swimmer to carry the flag. The last time a swimmer represented Team USA at the head of the American delegation was when Gary Hall carried Old Glory through the stadium at the 1976 Montreal Games.

Phelps called it "a tremendous, tremendous honor" to represent his country like this. However, this may be the swimming powerhouse's final Olympic games, as he referred to the 2016 Olympic Games as "my potential last Olympics," according to NBC Sports. Phelps retired from the sport after the 2012 London Olympics before coming out of retirement in 2014 to get back into the pool, and back onto Team USA.

From being the most decorated Olympian in history, to having a compelling comeback story, Phelps was probably a shoo-in for flag bearer from the beginning, if only because it would have been a little weird to have gone to five Olympic games without ever attending the opening ceremony.

You can catch Phelps leading Team USA through the opening ceremony in Rio on Friday, Aug. 5.