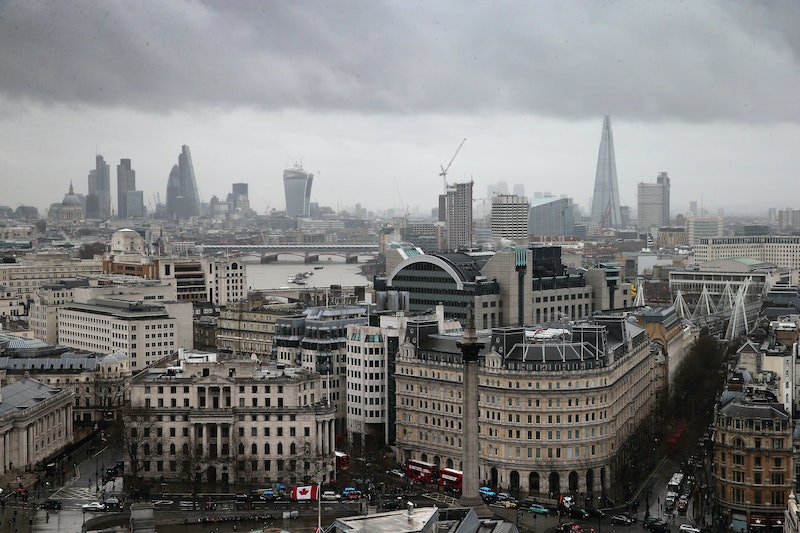 One woman was killed and five others were injured after a knife attack in Russell Square, London on the evening of Aug. 3.

The Metropolitan Police Service said in a statement "terrorism is one possibility being explored at this stage."

Police arrived in Russell Square, a park just to the north of the central area of the metropolis, at approximately 10:30 p.m. local time. Russell Square is nestled in the southern portion of the University of London and University College London campuses. The British Museum is a stone's throw away as well, making the area a well-trafficked tourist and student haunt. If a terrorism angle is found, the attack is particularly provocative, given that the Met just unveiled their new anti-terrorism task force earlier that day.

According to reporting from The New York Times, London police used a stun gun to temporarily overpower the suspect, who was taken into custody alive, about ten minutes after the initial report was made.

CNN is reporting that one of the injured may be American; however, as of press time, no additional information has been released about the identity of the victims.

According to on-scene reporting from BBC News' Andy Moore, a large contingent of police remain in the square, and the off-limits area has been expanded.

If this attack does turn out to have a connection to terrorism, it will be the second time in recent memory that Russell Square has been the site of a sectarian terrorism event. The July 7, 2005 Tube Bombings, which left 52 people dead and over 700 injured, also targeted the busy, historic plaza; one of the bombs was set off between King's Cross St. Pancras and Russell Square stations.

The capital city of the United Kingdom has seen an uptick in the number of public knife attacks in recent years. In June, a man was convicted of attempted murder after attacking another man with a bread knife at Leytonstone tube station in east London, and a soldier was murdered in broad daylight in May 2013 by two cleaver-wielding assailants. While the Leytonstone attack was ruled to be the result of a mentally-ill individual unrelated to a wider terrorist network, it has undoubtedly helped ratchet up the tension on the streets of London, and after tonight, there may be more reasons to be worried.

Regardless of whether this particular attack is linked to organized terrorism or not, it is clear that London will be on high alert tonight, and for the days to come.