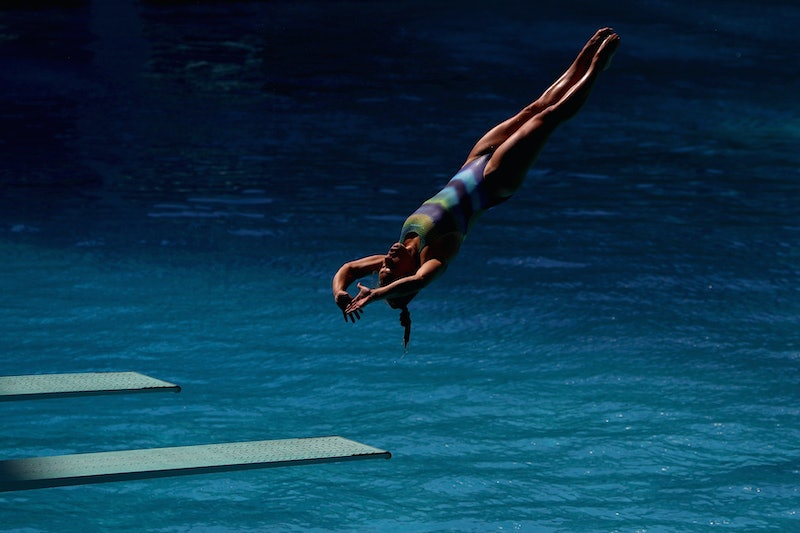 The 2016 Summer Olympics will formally kick off on August 5 with the opening ceremony. Some sports, like soccer and archery, will already have had competitions before then, but teams from all over the world are getting ready for an intense couple of weeks. It's not just the athletes who will have their work cut out for them, though. Judges play an important role in the Olympic Games, and it is therefore not surprising that judge selections are often controversial. Several sports have already announced their judges, so we can take a look at who the Olympic judges for diving are this year, and how their job works.

There are 23 judging officials for the diving competitions coming from 23 different countries, including Cuba, Brazil, India, and the United States. Fédération Internationale de Natation (FINA), the international body for diving, appoints seven judges and one referee for each of the individual events. If possible, FINA ensures that the panel responsible for judging the diving finals is made up of judges whose nationalities differ from those of the participating contestants.

For synchronized diving, meanwhile, there are three different panels made up of 11 judges total. There are a lot of steps one must take in order to become a judge, because the international governing bodies for each sport — like FINA for diving — create the rules for judge selections. Now that the judges have been announced for diving, let's get to know a couple of them.

Colleen Huffman will be the American diving judge at the 2016 Summer Olympics. Huffman is an 11-time national diving team member who stayed involved with the sport even after retiring from it. She serves as the chair for U.S.A. Diving's Judges Subcommittee, where she oversees judge selection for both domestic and international events. Huffman is also a FINA-certified judge, and the Summer Olympics won't be her first time judging in Rio, where she also judged the World Cup.

Then there's Cuba's Rolando Ruiz Pedreguera. As of 2013, he was the Cuban diving national commissioner, though he was formerly a local diving star a few decades prior. When Cuba hosted a High Diving World Series for the first time, it was Pedreguera who oversaw it, and he hoped that hosting the event would get more Cubans involved in the sport. Like Huffman, he is a FINA-certified judge — as one must be to be a judging official during the Olympics.