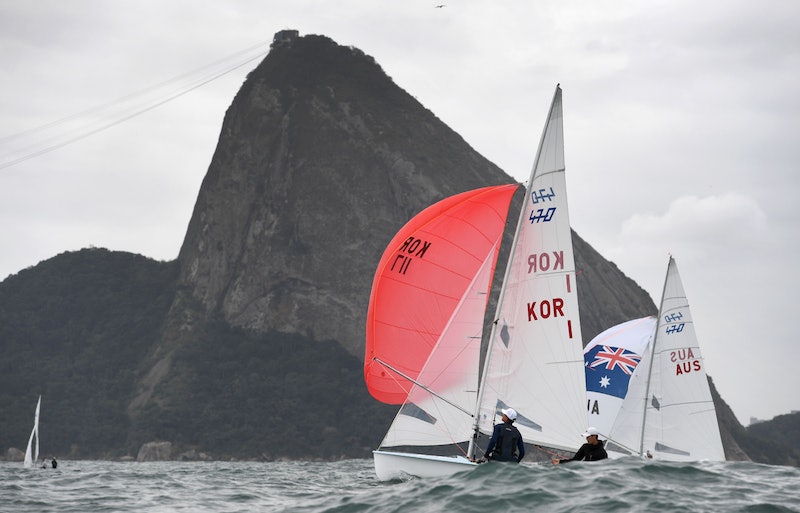 After the Olympic Games officially begin on Aug. 5, Olympic sailors and swimmers will begin competing in Rio de Janeiro's Guanabara Bay, though some of them have been practicing there for the past few years. Over that time, many of them have become used to the pollution in the bay, learning to avoid the debris as much as possible and taking extra precautions. The question remains, however, of whether the pollution in Guanabara Bay will endanger Olympic athletes' health.

Here's what we know about the pollution so far:

There is no question that pollution is a problem, but it is unclear whether conditions in the bay are safe for the Olympic athletes expected to compete there. The WHO announced that, as a precaution, "All athletes should cover cuts and grazes with waterproof plasters prior to exposure, try to avoid swallowing the water, wash/shower as soon as possible after exposure and, as far as possible, minimize their time in the water and avoid going in the water after heavy rainfall if possible.”

But WHO’s director of Public Health and Environment, Maria Neira, told The Guardian that while there certainly were some risks due to pollution, the athletes are all healthy and are therefore at lower risk than the general population.

On the subject of the general population, however, many Rio locals wonder why it took the Olympics coming to town for government officials to pledge to combat the pollution. While Olympic organizers and Rio officials pledged to treat 80 percent of the sewage ahead of the Games, they could not meet that promise due to funding problems. But even before Rio had succeeded in its quest to host the Olympics, local residents complained about the bay's condition.

“The water quality is shit because the sewage flushes in untreated. We all know that. No local would swim in it because we know we would get a disease,” a local skateboard instructor named Alex Batista told The Guardian.

If that is indeed the case, as many health officials believe, then the international concern that the Olympics' presence in Rio has created simply confirms everything Rio natives have always known: that the pollution in the Guanabara Bay poses a health risk. After all, the Olympic athletes might be faced with these health risks now, but what about the health risks posed to the people who actually live near the bay? French sailor Sofian Bouvet echoed this question when speaking to The Guardian:

This bay is a great place to sail. I have trained here 11 times and I have never become sick. It’s a fact that the water isn’t clean, but it is not surprising for a city of this size. These problems existed for many years. Why is it only now that people talk about them?

Many of Bouvet's fellow athletes have reported that while they are concerned, they are trying to focus on the competition, and have worked on building up immunity through supplements and other means as a precaution.

"Water quality is my biggest personal concern," British sailor Nick Thompson told Reuters last year. "If you are sick during the Games, it's game over."