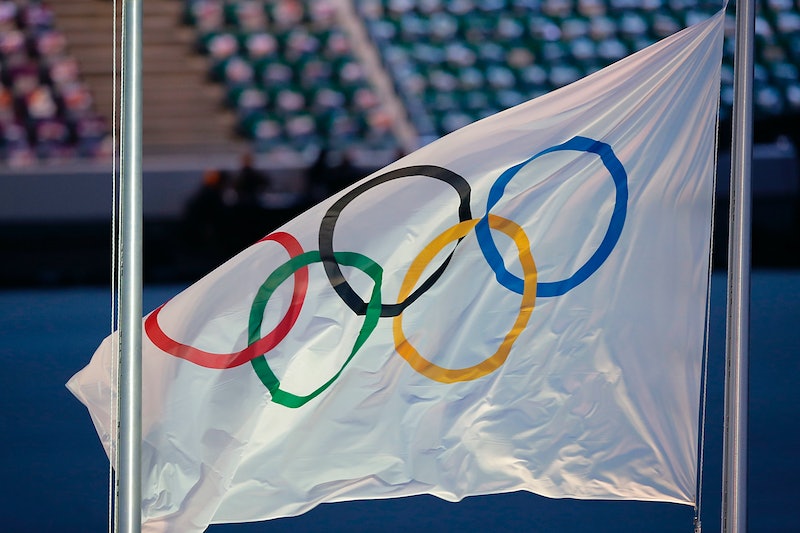 During the Parade of Nations at Rio's opening ceremony, 206 countries will be represented. An athlete will carry each country's flag as its national anthem is played. In the case of the United States of America, the flag will be carried by Michael Phelps, who is attending his fifth (and likely last) Olympic Games. He was selected by fellow athletes on Team USA. thanks to his status as the most-decorated Olympian. But what if he didn't have a country to compete for and with? Another delegation of athletes, all refugees, will enter under the Olympic flag at Rio's games, a first in Olympic history.

The flag bearer will be Yusra Mardini. She's a Syrian swimmer who fled her country and now lives in Berlin, Germany. Her journey to Rio did not begin in an Olympic training pool, but in the Aegean Sea. About a year ago, she got into a small boat on the Turkish coast that was to take her and about 19 others to the European Union. Partway across, the motor stopped and the boat was at risk of sinking, so she and the few other refugees who could swim got out and swam the boat across, according to The Guardian.

At a press conference in Berlin months later, she said, "I thought it would be a real shame if I drowned in the sea, because I am a swimmer." She had trained in Syria, but her training was interrupted by the war. The family had moved around the country until finally there was nowhere to go. "Our house was destroyed. We don’t have anything anymore," she told The Star. After making it through the Balkans, Hungary, and Austria, she finally made it to Germany, where she was put in touch with a local swimming club and began training again.

Now, she will compete as an Olympian in Rio thanks to the International Olympic Committee's decision to create a refugee team. There are 10 total athletes from four countries who are participating in swimming, judo, marathon, and middle-distance running. More than 43 athletes were nominated; 10 were granted spots. IOC President Thomas Bach explained why this group is so important to the Olympic ideals:

These refugees have no home, no team, no flag, no national anthem. We will offer them a home in the Olympic Village together with all the athletes of the word. The Olympic anthem will be played in their honour and the Olympic flag will lead them into the Olympic Stadium. This will be a symbol of hope for all the refugees in our world, and will make the world better aware of the magnitude of this crisis. It is also a signal to the international community that refugees are our fellow human beings and are an enrichment to society. These refugee athletes will show the world that despite the unimaginable tragedies that they have faced, anyone can contribute to society through their talent, skills and strength of the human spirit.

The Olympic refugee team will be second-to-last in the Parade of Nations. They will be followed by the host country, Brazil. Watch for Mardini. She'll be the one holding the flag.