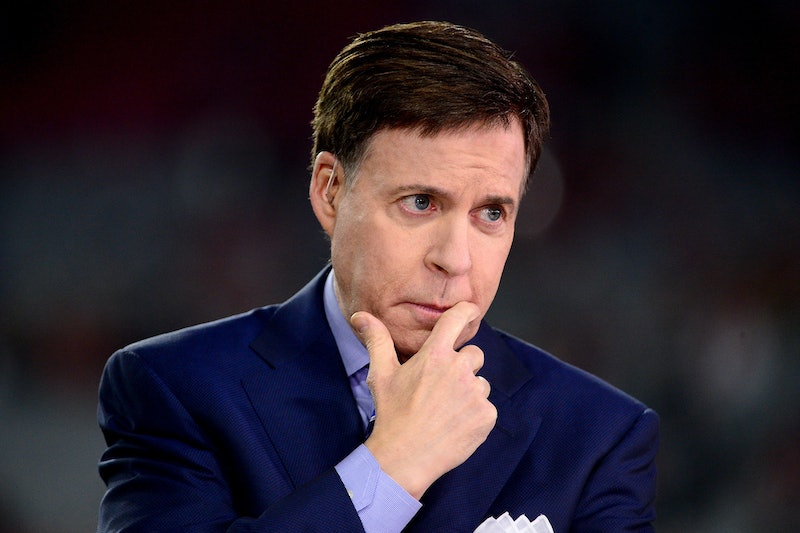 There are some things the internet won't let you live down, and for NBC reporter Bob Costas, getting pinkeye at the Sochi Olympics in 2014 is one of them. The infection got so bad that the poor anchor had to hand over his reporting duties while it cleared up. But sympathy for Costas, with his swollen red eye that eventually seemed to take over his entire face, only went so far — the infection inspired plenty of memes and even a song.

For what it's worth, Costas has promised not to get pinkeye during the 2016 Summer Games in Rio (as much as anyone can make that promise, really). During a recent taping of the Today show, Costas assured NBC's Matt Lauer that the pinkeye would not make a return for this year's Rio Olympics. Lauer was the one who had to step in to fill Costas' shoes as he healed from the infection in 2014. But really, who can worry about something as trivial as pinkeye when the Zika virus has plagued much of Brazil for the months leading up to the games?

The internet, however, carries on as always, dredging up some quality content about the possibility of another pinkeye infection for poor Costas:

With 24/7 coverage and polling to match, viewers will be able to catch the Pinkeye Olympics in real time.

You know, perhaps it would be better for Costas not to jinx himself on this one. All of this pinkeye talk leading up to the games can't be good for tempting those gods after all...

Given Rio's less-than-stellar track record thus far with Zika, political scandal, and economic recession, Costas may be able to work on some coverage that pales in comparison to Sochi's pinkeye incident.

I wouldn't doubt it if some "in memoriam" Twitter accounts start popping up to commemorate what once was. Considering Costas' pinkeye saw new life as it trended on the site days before the Olympic trials kicked off, nothing would really surprise me.

A little harsh, maybe, but bring on the new memes.

Costas may have promised an infection-free Olympics, but will it really be the same without that pinkeye? For the sake of his own well-being and our own viewing, hopefully, he can avoid the infection this time around and do some quality reporting on the Olympic sports we can barely wait to watch.