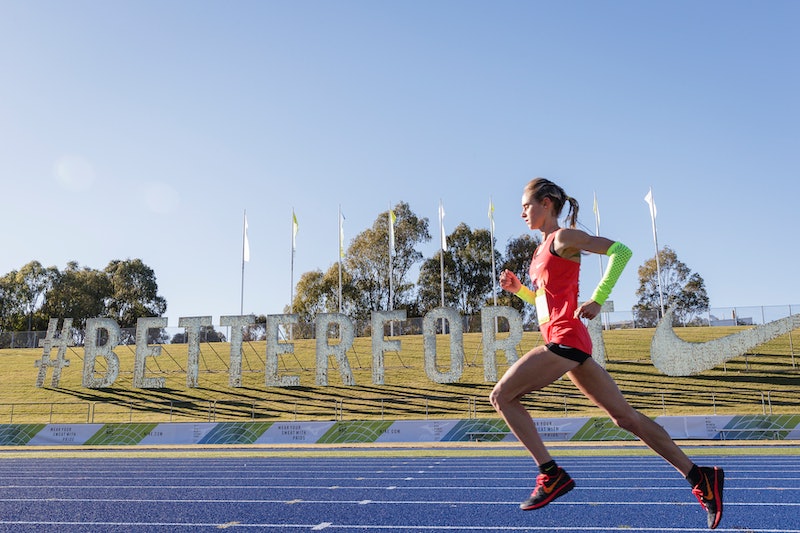 The Nike swoosh will appear on Team USA athletes any time they head to the medals stand at the Rio Olympics. The windbreaker-style jacket has the team's logo on one side and the Nike logo, just as big directly opposite. The same thing for the pants. Oh, and the matching shoes? They're by Nike too. That's because they're the official sponsor of the American team. But that doesn't mean that Olympic athletes can't get paid for their own endorsement deals too; they totally can. There are some ground rules though.

Basically, the stipulation is that the companies cannot reference the athlete's participation in the Rio Olympics and the athlete cannot reference the company. So imagine you're an athlete. If a shoe company sponsors you, you can wear their shoes. But you cannot speak with the media about why that shoe company is so great. That's not allowed. The same thing goes for the company. They cannot mention your gold medal win or PR at the Olympics. They shouldn't use your likeness at all — not from July 27 to Aug. 24, which is ironic because that's the time the sponsorship would get the most bang for its buck.

This was all done to benefit the official Olympic sponsors like Visa and McDonald's. Because the Olympic venues are free of any advertising, there's limited ways these brands can benefit from their sponsorship. One of the most important is being able to use not just the Olympic logo during advertising leading up to and during the campaigns but any sort of connection whatsoever, which would include the athletes. This regulation is called Rule 40.

This year, that rule was actually relaxed. Brands could submit waivers to have advertising campaigns involving Olympic athletes as long as they were launched early and did not make any specific mention of the Olympics. Or words like "games," "gold," or "2016." That's too close for comfort as well.

All of this ends up showing up during the games in odd ways. The New York Times ran a piece on runners who will be taping over the logos on their running shoes to keep their sponsors happy. Some athletes need multiple shoes for multiple events, and not all shoe companies make specialized models. Then there are athletes who don't want to give free advertising since they're holding out for their own sponsor.

Sponsorship and endorsement deals can be lucrative, but for anyone thinking about an sponsoring an Olympian, there are plenty of rules to consider first.

More like this
What Is Jeanie Buss' Net Worth? The Lakers President Is Uber Rich
By Hugh McIntyre
Chelsea Woody On Shattering Stereotypes In Surfing
By Leah Groth
Jake Daniels Just Became The UK’s First Active Football Player To Come Out As Gay Since 1990
By Sam Ramsden
The 10 Best Waterproof Watches For Swimming
By Lauren Moison
Get Even More From Bustle — Sign Up For The Newsletter