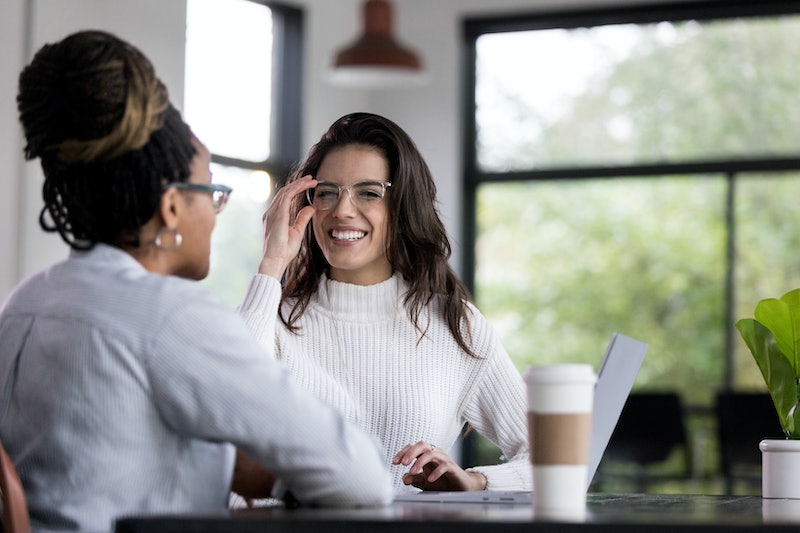 Hate struggling to share an idea in a meeting and being talked over for the umpteenth time? You are not alone in this frustration, and according to new research, the best way to brainstorm involves very little talking at all. The favorite tactic used by managers to generate ideas and solve problems in a group setting is surprisingly difficult for people to handle and generally produces lackluster results, reports Fast Company's Co. Design.

Researchers have found that traditional brainstorming, which has been a mainstay of the office environment since the 1940s, is actually less effective than working alone. "Brainstorming is a complex process where people are trying to listen, think, add, collaborate, build," Paul Paulus, professor of psychology at the University of Texas at Arlington told Fast Company's Co. Design. "It’s cumbersome, it’s difficult psychologically, and people don’t do it very well."

The benefits of coworkers gathering together in order to build off each others' ideas envisioned by a dvertising executive Alex F. Osborn are often outweighed by the pitfalls — the main consideration being that since only one person can talk at a time, a conversation can be easily dominated by a few leaders, instead of being truly collaborative. Other issues include people forgetting their own ideas while listening to the conversation, or the focus of the group shifting onto one idea instead of pushing forward.

"It’s not that people working together are never good,” notes Art Markman, professor of psychology at the University of Texas at Austin. “It’s just that the technique that Osborn developed was lousy."

If you're wondering what to replace the conference table and white board with, 20 years of research has lead to a technique called "brainwriting" — which a recent study published in Human Factors and Ergonomics Society indicated to be the more successful for generating ideas than traditional brainstorming or working alone. Instead of sharing ideas allowed, brainwriting involves each member of the group quietly writing a list of their ideas on a piece of paper. These papers are then passed around — the group members reading each other's ideas and continuing to work on their own. This allows the group to build on ideas without dealing with confrontational dynamics. Essentially, the technique takes the “storm” out of “brainstorming.”

The potential of brainwriting in an office environment was examined in two studies lead by Paul Paulus. Fifty-seven employees at a tech company were asked to first generate ideas individually and then in a group setting, or in the reverse order. In the second trial, the study participants worked as a group for the entire session or switched between generating ideas alone with occasional review of the ideas of the group. In the first study, those who generated ideas in a group setting and then worked alone, performed the best, and brainwriting as a group proved to be more productive, generating 37 percent more ideas, than individual work. Working in a group first, and then switching to individual idea generation was more productive than the reverse. Alternating between sharing in a group and working alone, seems to strike the perfect balance.

"We’ve found that what happens is once you’ve been in a group for a while, interacting and sharing ideas, and then you’re alone, there’s a big jump in your creativity," Paulus explains. "That’s often when the greatest ideas come." It has to be acknowledged that this real-world application of brainwriting was tested with a very small sample size, but results were overwhelmingly positive. Soon that dreaded spitballing sesh may be a thing of the past — and good riddance.