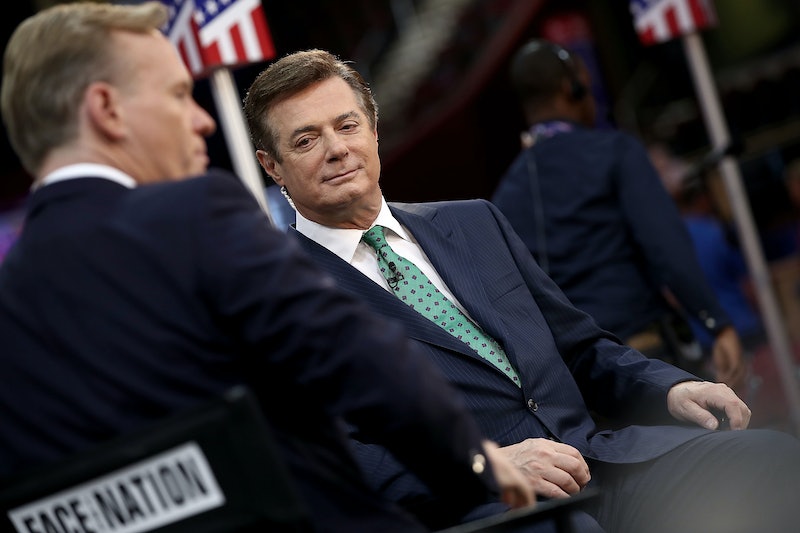 Donald Trump's campaign has been in some hot water recently. Republican officials have allegedly been unable to rein in their unruly presidential nominee, who has spent the last several days fighting with the parents of a fallen soldier and refusing to endorse House Speaker Paul Ryan in his bid for reelection. Yet if there was one figure in his own camp who could save the nominee from himself, it would be his campaign's chairman, Paul Manafort, who has spent the last several months on the trail with Trump, trying to fine-tune his messaging and bombastic attitude. But his real skill is in the money. So what is Manafort's net worth?

Though there doesn't seem to be an exact figure for Manafort's net worth, his other dealings with money are well-documented. And it was these dealings that could have prompted Trump to bring the political consultant on board. Just like Trump, Manafort is known for his involvements in the business world, and with added expertise in the political realm, he undoubtedly seemed like the perfect candidate for the job.

Manafort has always dealt in large numbers, too — he reportedly once told a congressional oversight panel in the late '80s that his firm did not accept clients who could not pay their standard $250,000 a year retainer, according to a report by Bloomberg. Likewise, Bloomberg reported that his firm once received $600,000 for his work with an Angolan rebel leader, and as recently as 2008, netted $35,000 a month for the public relations division alone for their work with the Ukrainian government.

Drawing in that kind of cash would be particularly helpful to the Trump campaign, which has consistently under-preformed against Hillary Clinton in terms of cash-on-hand. As of May, Trump's campaign only had $1.3 million, compared to Clinton's $42 million. But that isn't to say Manafort's hiring has been for naught. With a new wave of personal donations, the Trump campaign was able to collect some $80 million in July alone. This superb fundraising ultimately left the campaign with $37 million cash-on-hand, all but erasing his financial woes when compared to Clinton.

In this way, perhaps Manafort's worth to the Trump campaign only comes in the amount he's able to rack in now, as opposed to personal figures. If Manafort is able to help Trump bounce back from his series of latest political blunders, perhaps he'll actually be able to start putting those skills to use again in preparation for November.