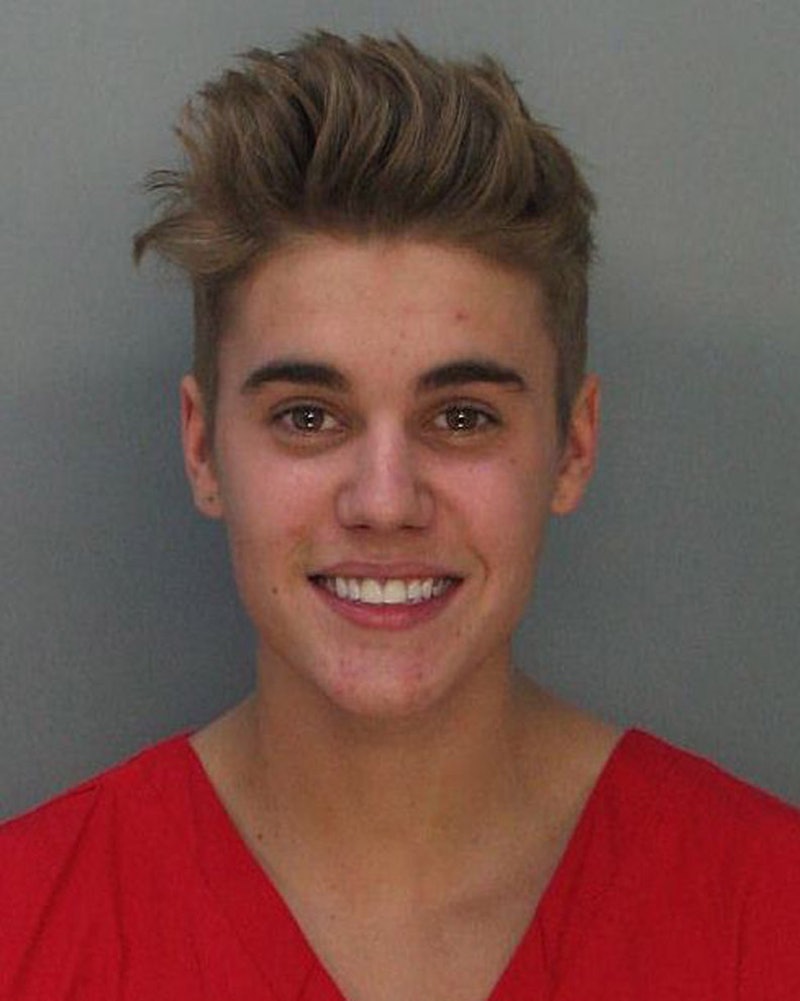 On Thursday, Justin Bieber was questioned in a deposition regarding a lawsuit filed by a photographer in June 2013. The photographer claims that Bieber's bodyguard assaulted him and stole his camera's memory card, allegedly, under Bieber's commands. At that point, we heard that Bieber was not being very cooperative in the process, calling one of the lawyers "Katie Couric" in response to his questioning (the entire point of a deposition!) and storming out when asked about Selena Gomez aka "the most elegant princess in the world." This was ridiculous enough to hear about, but now Justin Bieber's deposition has been released on video and it is a delight.

The previously released information is nothing compared to these video clips. Sure, it's easy to joke about Bieber fancying himself a mafia don, but the videos prove it. He seriously thinks he's in a movie, or worse, the real life events that will one day inspire a movie. Instead of just answering the questions — which would undoubtedly have made this thing last less than 4 and a half hours — Bieber insults the lawyer, claims to not know answers, and treats the entire thing like a joke.

Because there are so many amazing/horrible/yell-at-your-computer moments, here are the best/worst parts of Justin Bieber's deposition narrowed down.

Bieber's lawyer does a fair share of objecting during the course of the deposition, but at one point Bieber takes it upon himself to object because OF COURSE HE DOES. The lawyer asks Bieber if he knows his bodyguards will push paparazzi and Justin Bieber doesn't yell "I object!" but sort of mumbles it. If you're going to object, go for it, dude!

2. Bieber Winks At The Camera

A lot of exchanges in these videos will make you think, "Hm... does he know he's being recorded? How could he go on acting like a little jerk for so long if he knows he's being filmed?" This is all cleared up when Bieber looks straight into the camera and winks.

Bieber answers a question, "Guess what? I don't recall." I am pretty certain Bieber prepared for this deposition by watching The Wolf of Wall Street.

Bieber brings up the fact that the deposition is like an interview multiple times ("Is this an interview or a deposition? I'm confused.") and he tries to use it as an insult. Does he not realize that they're supposed to be similar except that a deposition is way more serious? "It seems like a 60 Minutes interview." Yeah, one where you're under oath and legally required to attend.

The lawyer asks Bieber to turn around and watch a film on the television behind him. He responds, "You said watch the film? Is this a film?" The lawyer is like, "What are you talking about? Is there a difference between this and a film?" Technically it's a video, I suppose, but that doesn't make a difference and I have no confidence in Bieber understanding how film projectors work.

Following the Usher question, Bieber is asked if Usher was "instumental" to his career. Bieber answers, "I was found on YouTube. I think that I was detrimental to my own career." I AM NOT MAKING THIS UP. Eventually, Bieber says "instrumental," but it take a while (and his lawyer and the court clerk correcting him first) for him to get there.

Whoever the lawyer is that is questioning Bieber should get an award for greatest self-control ever exhibited. He truly deserves acknowledgement after this.

If you think you can handle more of this nonsense, click here for more clips from Bieber's deposition.

More like this
You’ll Definitely Recognise Isadóra Bjarkardóttir Barney’s Mum
By Maxine Harrison
Lisa Marie Presley's Secret Granddaughter Was Revealed At Her Funeral Out Of Nowhere
By Jake Viswanath
Adam Lambert Called Out The George Michael Biopic Over Potential Casting
By Sam Ramsden
Rihanna Shares Video Of 'Black Panther 2' Filmmakers' First Reaction To “Lift Me Up”
By Radhika Menon
Get Even More From Bustle — Sign Up For The Newsletter
From hair trends to relationship advice, our daily newsletter has everything you need to sound like a person who’s on TikTok, even if you aren’t.