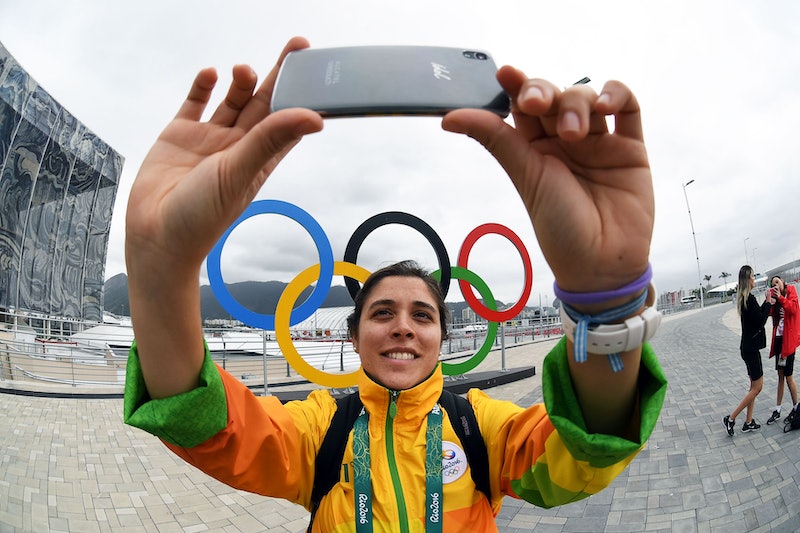 The Washington Post quoted chairman of NBC Sports Group Mark Lazarus as saying, “We think it’s important to give context to the show … These Opening Ceremonies will be a celebration of Brazilian culture, of Rio, of the pageantry, of the excitement, of the flair this beautiful nation has. We think it’s important that we are able to put that in context for the viewer so that it’s not just a flash of color.”

OK, that makes sense. I can understand wanting to add more commentary to extend the awesomeness of the event. And, the additional two-hour delay for the Mountain Time Zone and four-hour delay to the Pacific Time Zone, as reported by The Washington Post, also make sense because NBC would obviously want the show to air in primetime from coast to coast.

NBC host Bob Costas even weighed in on the criticism surrounding the delay telling The Hollywood Reporter, “The complaints about the opening ceremony strike me as silly. The opening ceremony is just that, a ceremony. A performance. It is not a competition. It makes perfect sense to delay it, and only by an hour on the East Coast, so that any minor tweaks — none of which would remove anything essential — can be made. As for the West Coast, who in their right mind wants this on in the afternoon instead of in primetime?”

And, the Olympic Opening Ceremonies are usually delayed. For an interesting reason. The Washington Post reported that NBC has been delaying the Olympic kickoff for 20 years because the network believes the largely female Olympic audience watches sports differently than men. Philly.com recently quoted John Miller, NBC Olympics chief marketing officer, about how the Olympic audience is supposedly different than a regular sports audience.

“The people who watch the Olympics are not particularly sports fans. More women watch the Games than men, and for the women, they're less interested in the result and more interested in the journey. It's sort of like the ultimate reality show and mini-series wrapped into one. And to tell the truth, it has been the complaint of a few sports writers. It has not been the complaint of the vast viewing public.”

What Miller is pointing out isn’t wrong. According to Time, the demographic is different. Is it fair to assume women watch sports differently than men, though? The appeal of Olympic events is not strictly masculine or feminine — it's patriotism, it's the thrill of competition, it's an esprit du coeur. And it's this patriotism, spectacle, athleticism, and inspiration that will have fans from around the world tuning in Friday night, delay or no delay.

More like this
What Is Jeanie Buss' Net Worth? The Lakers President Is Uber Rich
By Hugh McIntyre
Jake Daniels Just Became The UK’s First Active Football Player To Come Out As Gay Since 1990
By Sam Ramsden
Pete Davidson & Kate McKinnon Are Part Of A Reported Major SNL Cast Shakeup
By Brad Witter
Becca Tilley Confirmed Her & Hayley Kiyoko’s 4-Year Romance With A Heartfelt Note
By Brad Witter
Get Even More From Bustle — Sign Up For The Newsletter