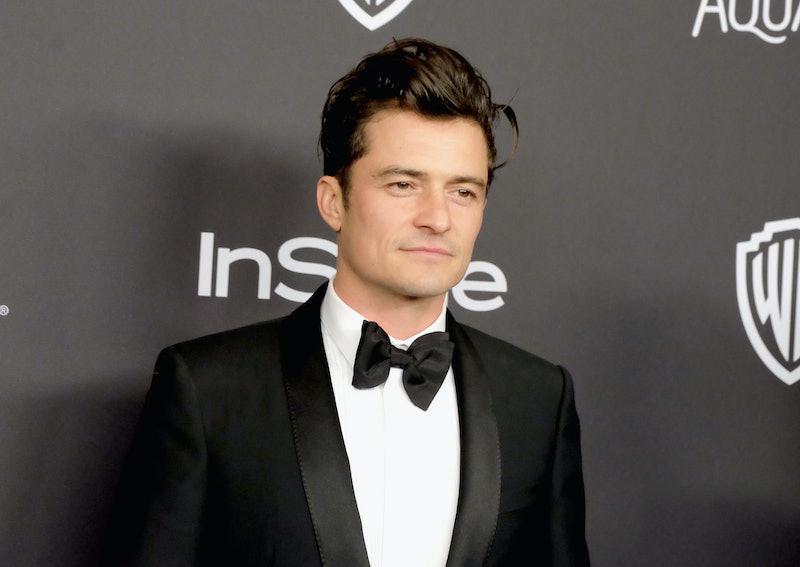 Celebrity scandals are what some live for, whether it's an affair, a breakdown, or a feud that started in 2009 and perpetuated a narrative from which that celebrity would very much like to be removed. Ah, Hollywood. But some scandals cross the line from petty and fun to disturbingly invasive. So, while some of the audience has forgotten what leaking nude and non-consenting pictures actually means, I'm here to tell you that Orlando Bloom's leaked nudes are absolutely an invasion of privacy.

The nudes news broke on Wednesday afternoon and it's caused quite a stir on Twitter. Bloom's newest public beau is Katy Perry, singer of the Rio Olympics anthem, "Rise." So if you can imagine the jokes that come with that song title and Bloom's nude photos, you need to get your head out of the gutter. The other side of Twitter, the more socially aware and "this is human injustice" side, hasn't been taking the news lightly, arguing that the double standard within the media is deafening. Had the nudes been of a woman, people would be more outraged about the lack of privacy, but because they are photos of a naked man more people are less inclined to make a big deal about it. But please understand, this lack of consent and worldwide leak of Bloom's private life is a literal invasion of privacy.

I get it. Even paparazzo have to make his or her living, but that doesn't excuse the fact that entertainment media deems this kind of intrusion headline news, let alone the fact that nudity itself is newsworthy at all. Bloom said it best in an interview with Elle back in 2013 for his film Zulu: "I got so comfortable [being naked]... It is what it is. It's flesh and bone. It's all we are." I understand there are laws and restrictions against public nudity, and I'm not one to go throwing my clothes off at a public beach like Bloom did, but is a celebrity's naked body really so taboo that it's worth an inexcusable invasion of privacy and public print job? I can't wrap my head around that.

On top of that, and perhaps even more importantly, though Bloom is comfortable being naked, that doesn't mean that he is comfortable with photos of him naked are spread around the internet.

So while the world looks at this leak as just another leak, try to understand where the pictures came from. Some random photographer on that Italian beach, who doesn't know Bloom or Perry personally, sat in the brush somewhere and snapped pictures of them canoodling and enjoying their time together as a couple. While it's still unclear why Bloom undressed (and he doesn't need to justify that at all), the fact that this human being would take pictures of another human being who just happened to be enjoying his time naked is horrifying, and is a sad representation of the way entertainment media can treat celebrities. The more we continue to call out the lack of decency that comes from violations of privacy on all human beings, men and women, the less this will continue to happen. Need evidence? Just look at how successful the #NoKidsPolicy has already been.

More like this
Twitter Has Very Mixed Feelings About The New 'American Idol' Winner
By Jake Viswanath
Shocked Fans & Former Co-Stars React To Ray Liotta’s Death At 67
By Grace Wehniainen
'Stranger Things' Star Joe Keery Is Dating An "Indie Scream Queen"
By S. Atkinson and Grace Wehniainen
Laura Dern Said “Cultural Awareness” Made Her Rethink This 'Jurassic Park' Fact
By Grace Wehniainen
Get Even More From Bustle — Sign Up For The Newsletter