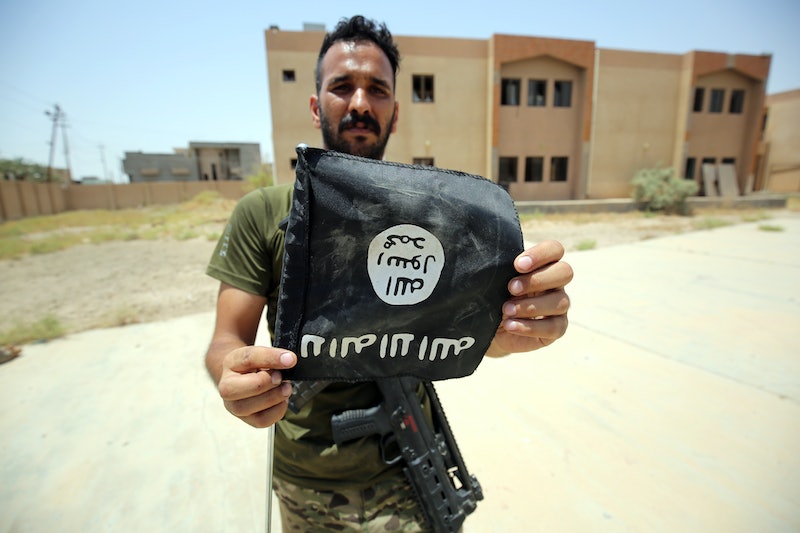 The strikes reportedly took place near the northern town of Arish. According to Haaretz, Sinai Province has not yet confirmed the statement. The military's Facebook statement also claimed that they successfully destroyed arms and ammunition stores that the group's Sinai branch used. The military also reported that "'dozens' of fighters had been wounded" in Thursday's attack.

Abu Duaa al-Ansari was the suspected mastermind behind the downing of a Russian passenger jet over Sinai last October. The jet — which was headed for St. Petersburg — had disappeared within 20 minutes of leaving the Sharm el-Sheikh airport last fall. A bomb smuggled onto the plane exploded, killing all 224 passengers onboard, according to The Sun.

The military's statement noted, "These successful operations avenge our martyrs, and keep the punishment of all militants and their leaders on track."

The U.S. military has allegedly targeted and killed more than 120 people associated with the Islamic State — including leaders, commanders, and recruiters — this year.

According to the Los Angeles Times, a spokesperson of the group, Abu Mohammed Adnani. responded to U.S. drone strikes, asking, "America, do you think that victory comes by killing a commander or more?" He added, "We will not be deterred by your campaigns and you will not be victorious."

Last December, the Pentagon released the names of 10 ISIS leaders who had allegedly been killed that month. The list named Charaffe al Mouadan, who was reportedly associated with the Paris attacks at the Bataclan concert hall in November. The Pentagon also reported in May of this year that the United States had successfully killed Abu Wahib in an airstrike in Ar-Rutbah, a town in Iraq. Wahib was a former member of al Qaeda, according to CBS News.

However, it's not clear whether U.S. and coalition airstrikes against ISIS and other terrorist cells have been a successful counterterrorism policy. In fact, some have suggested that these airstrikes have exacerbated the problem, given the high numbers of civilian casualties. Obama's covert drone wars in Pakistan and Yemen have reportedly served the opposite of their intended purpose, working as a "recruitment tool" for ISIS.

There have been a total of 14,257 coalition airstrikes in Iraq and Syria, killing at least 1,574 civilians.