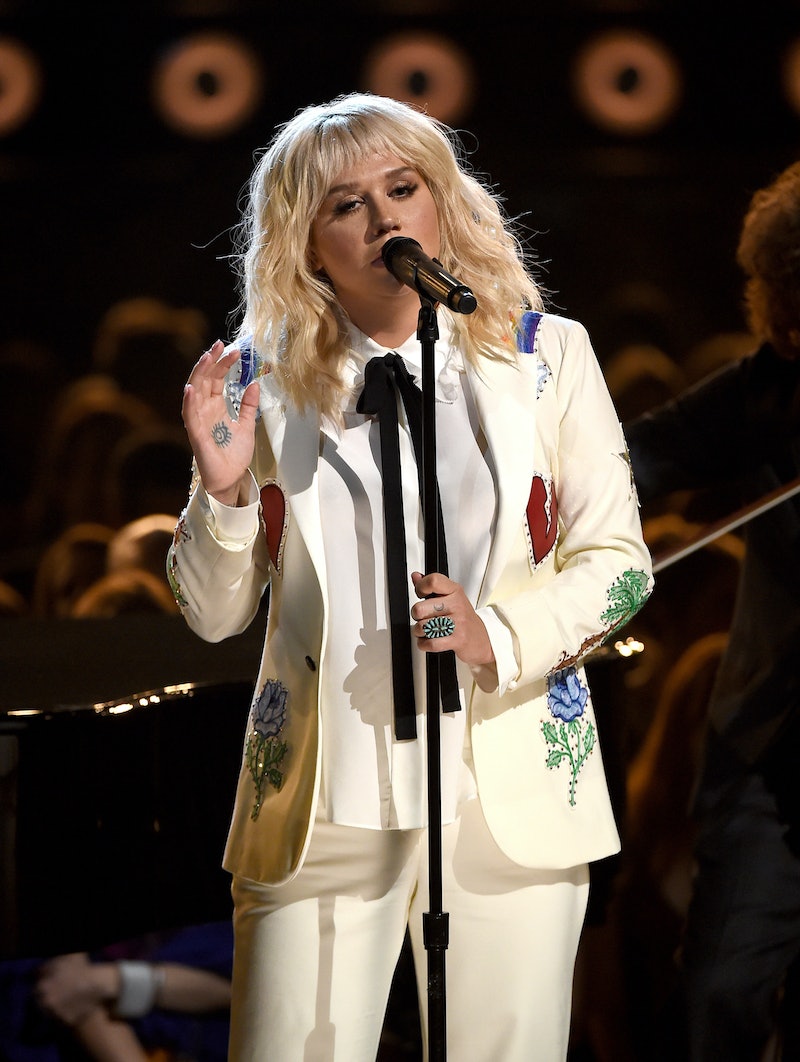 Kesha's legal battle with Dr. Luke rages on, as the singer recently dropped her sexual assault case against the producer. She is now solely moving forward with the New York lawsuit, originally filed by Dr. Luke, who claimed defamation. In this case, Kesha is currently appealing the New York judge's decision to not grant her an injunction in regards to her contract with Sony. It seems as if the decision to drop the assault case is so that Kesha can instead focus on her career and releasing her music to the public, as her lawyer Daniel M. Petrocelli explained to BuzzFeed News. However, just because she dropped the assault lawsuit, does not mean that Kesha is unable to refile the case at a later date. In fact, with the language used in the dismissal, Kesha will be allowed to refile the sexual assault lawsuit.

For the record, Dr. Luke has repeatedly and adamantly denied the claims of sexual abuse Kesha has made against him.

Petrocelli told GossipCop that "Kesha has dismissed her California action without prejudice while she pursues her appeal and other legal claims in the New York courts." The legal term "without prejudice" is a crucial one in this case, as it is defined by California law as "when a court dismisses a case but will allow other suits to be filed on the same claim." Since this case was dismissed without prejudice, Kesha is free to refile the case later on.

In the meantime, the singer is focused on releasing her music and moving forward with her career. After the news about her dropping the sexual assault case went public, Kesha tweeted:

"Kesha is focused on getting back to work and has delivered 28 new songs to the record label," her attorney told GossipCop. "We have conveyed to Sony Music and the label Kesha’s strong desire to release her next album and single as soon as possible."

In response to Kesha dropping the sexual assault case against Dr. Luke, Sony had no comment when asked by Bustle. The producer's rep provided us the following statement:

If Kesha is voluntarily dismissing her claims in the California case, it is because she has no chance of winning them. Earlier this year, she lost her meritless counterclaims against Dr. Luke in the New York Action. Recently, the California Court invited Dr. Luke and the other defendants to move to dismiss Kesha’s claims in that action. Kesha never should have brought her false and meritless claims against Dr. Luke in any court. Dr. Luke’s defamation and other claims against Kesha are still proceeding.

In October 2014, when the singer initially filed the lawsuit, Kesha's lawyer told Billboard :

Kesha is signed to Dr. Luke's Kemosabe Records label, which is a subsidiary of Sony, "through a separate deal with his production company, Kasz Money Inc.,“ NYT reports.