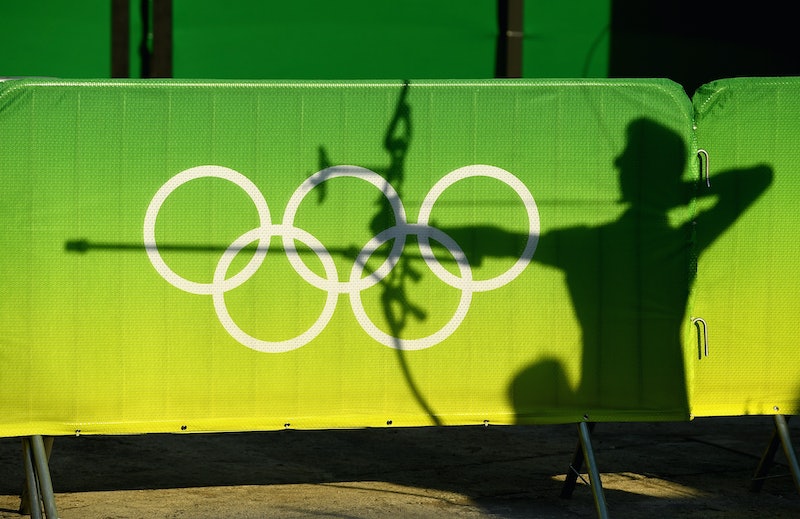 The Rio 2016 Olympic Games are set to kick off Friday evening, but if you're planning on tuning into the opening ceremony, you'll have to wait a bit longer to see it. In an announcement made last month by NBC Sports Group chairman Mark Lazarus, there will be a one-hour tape delay of the opening ceremony, which means that American TV viewers won't be able to watch the Aug. 5 ceremony live.

Why exactly? Well, according to Lazarus and NBC, which has exclusive broadcast rights to the Olympic Games, the one-hour delay will allow for the coverage to provide "context," for viewers. The opening ceremony, which is slated to begin at 7 p.m. ET, won't reach the East Coast until 8 p.m. and the West Coast until four hours after the ceremony begins. And it's something that some spectators have a grievance with.

This is not the first hiccup for the 2016 Rio Olympics, which has also had to endure a doping scandal and widespread fear regarding the Zika virus. Other concerns, like those regarding crime and possibly contaminated coastal water, has been dominating coverage of the Olympic Games. In that light, a delay in coverage may seem relatively insignificant, but it doesn't mean viewers can't be a little annoyed.

Some have expressed anger with the tape delay, which NBC executives attribute to a need for curated coverage. NBC'c venerated sportscaster Bob Costas, defended the network's decision: In an interview with The Hollywood Reporter, Costas said that "the complaints about the opening ceremony strike me as silly. The opening ceremony is just that, a ceremony. A performance. It is not a competition. It makes perfect sense to delay it, and only by an hour on the East Coast, so that any minor tweaks — none of which would remove anything essential — can be made."

No matter what goes down, the Rio Summer Olympics will definitely be a spectacular event, with a bevy of all-star athlete appearances, including Serena Williams, Usain Bolt, and Bradley Wiggins.