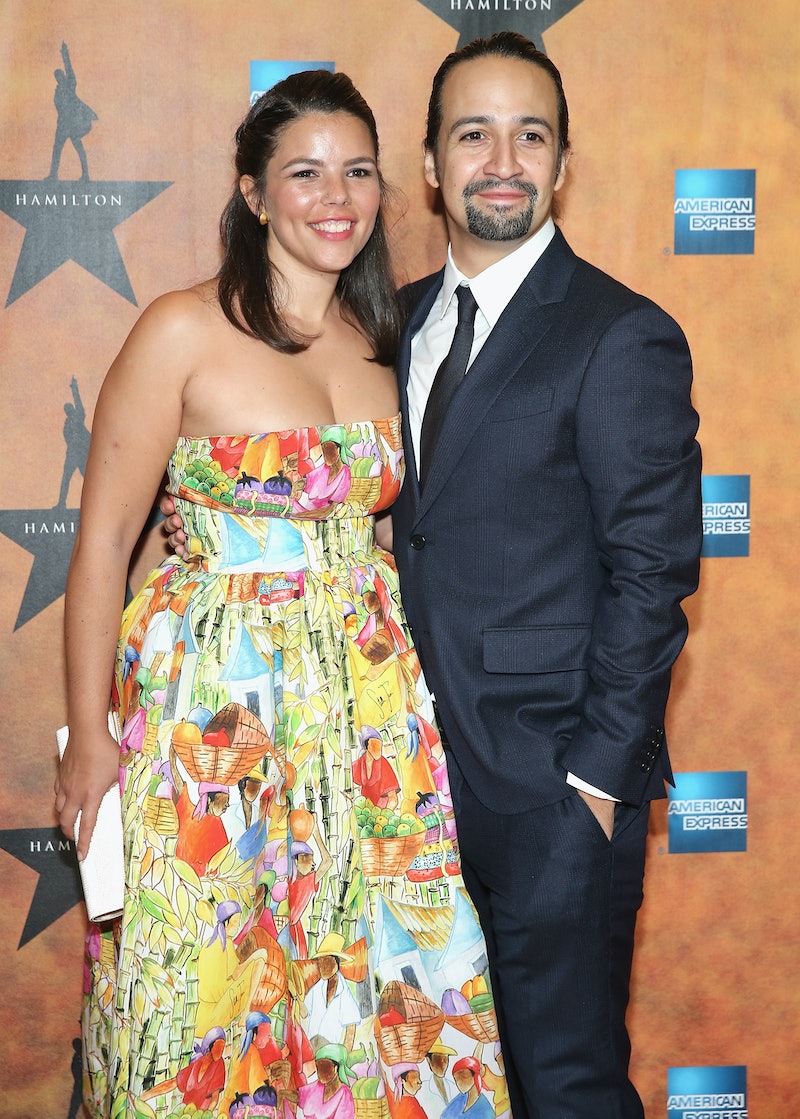 If your elaborate plan was to sob into your lunch and/or dinner today, boy, do I have something to show you. I hope you like your food extra salty, friends, because this is going to be good. Genius and master of words, Lin-Manuel Miranda gushed over his wife, Vanessa Nadal, on Twitter, and it's possibly the most beautiful and heartfelt tweet ever composed. Alexander Hamilton may have built Eliza palaces out of paragraphs, but Miranda's sentimental utterances kind of make the founding father look like an English major undergrad.

OK, OK, maybe not that amateurish, this is the Alexander Hamilton we're talking about, but you have to understand where I'm coming from. Hamilton often waxed poetic in his letters, but there's something about the simplicity and genuineness in Miranda's words that makes all the verboseness in the world fall short. It's a glaring juxtaposition to both the over-the-top musings back during America's independence and the crazy amounts of #SoInLove hashtags that litter my Instagram feed today. All I'm saying is, Hamilton definitely would've dedicated #WomanCrushWednesday to Eliza (and possibly Angelica) week after week, and it would have gotten old.

But, back to Miranda. What did the composer, actor, singer, rapper, writer, etc. say exactly to evoke this kind of a response from me? Well, he posted a black and white filtered picture of his wife smiling at him and drew upon their own personal, sweet love story. One that is a whole lot less dramatic and thankfully less tragic than Hamilton's. He wrote, "I had a crush on V in high school like everybody else. I wake up and I still kinda can't believe she married me."

So, are you dead yet? Or, at the very least, is your pasta dish filled with tears? It's cool, mine is, too. Thankfully, unlike some of my own Instagram followers, he doesn't inundate his followers with lovey dovey or saccharine posts. But when he does decide to share his feelings, it is always an emotional roller coaster to bear witness to. Only Miranda could evoke that kind of emotion in 140 characters, am I right?