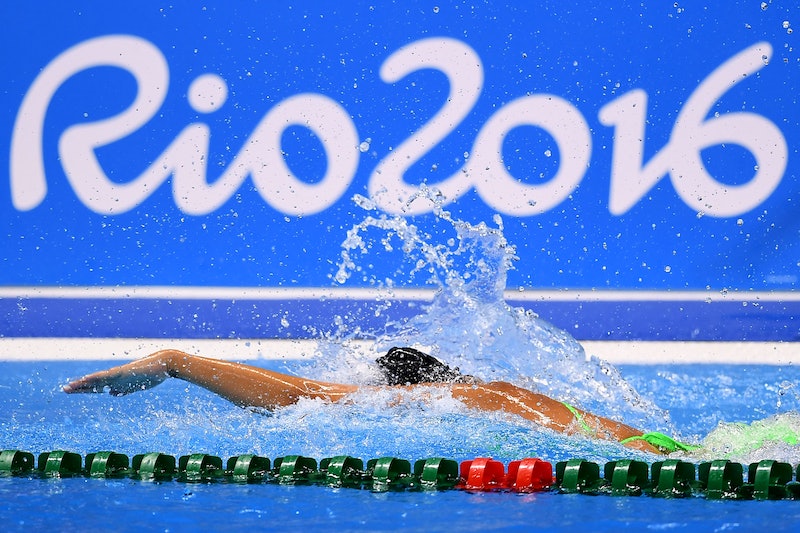 There will be many people at the Rio Olympics watching their favorite athletes. However, you might not expect to see lifeguards at the Olympic swimming pool; these are professional Olympians who have been training for nearly their entire lives, after all. But these athletes need the extra security just like the rest of us, even if the lifeguards rarely (if ever) have to intervene and save a swimmer from an aquatic mishap.

There are 75 lifeguards (only 15 of whom are women) on duty at the Olympic swimming pool, The New York Times reported. They are hired and trained to attend to the various Olympic centers for swimming (synchronized and regular), diving, water polo and white-water kayaking. Although their services are likely unnecessary for relay swimmers, the lifeguards could undoubtedly be useful for more physically rough sports, like diving and water polo, where complications and concussions are more frequent. In fact, concussions from synchronized swimming are more frequent than you might think. Myriam Glez, chief executive of U.S.A. Synchro, which is the sport’s national organizing body, told The New York Times that he estimates "100 percent of my athletes will get a concussion at some point."

The 75 lifeguards hired for the Olympic Games will be on deck to help the athletes in case of any emergencies or injuries.

But the chances that an Olympic swimmer would need to be rescued are small. "It’s a one-in-a-million type of event, but we’re prepared,” Anderson Fertes, a health-club lifeguard from Rio, told The New York Times. Still, they are a necessary presence at the Olympics, just in case anything could go wrong. Danielle Martelote, 25, the lifeguard supervisor at the Olympic Aquatics Stadium, told The New York Times that "it's necessary" for lifeguards to be on duty, even if the odds that athletes will need help are relatively small. “We hope they don’t need our intervention,” Martelote said.

Interestingly, though Martelote said she thinks it's necessary to have lifeguards at the Olympics, the official guidelines set out by FINA, the sport's international governing organization, do not require lifeguards. The FINA "Facilities Rules" guidelines state the following, but have no mention of lifeguards:

Despite these guidelines, a state law in Rio requires that any pool larger than 20 feet by 20 feet must have lifeguards present on duty. So, although the Olympic athletes might not need them, there will be lifeguards at the various swimming centers just in case anything happens.