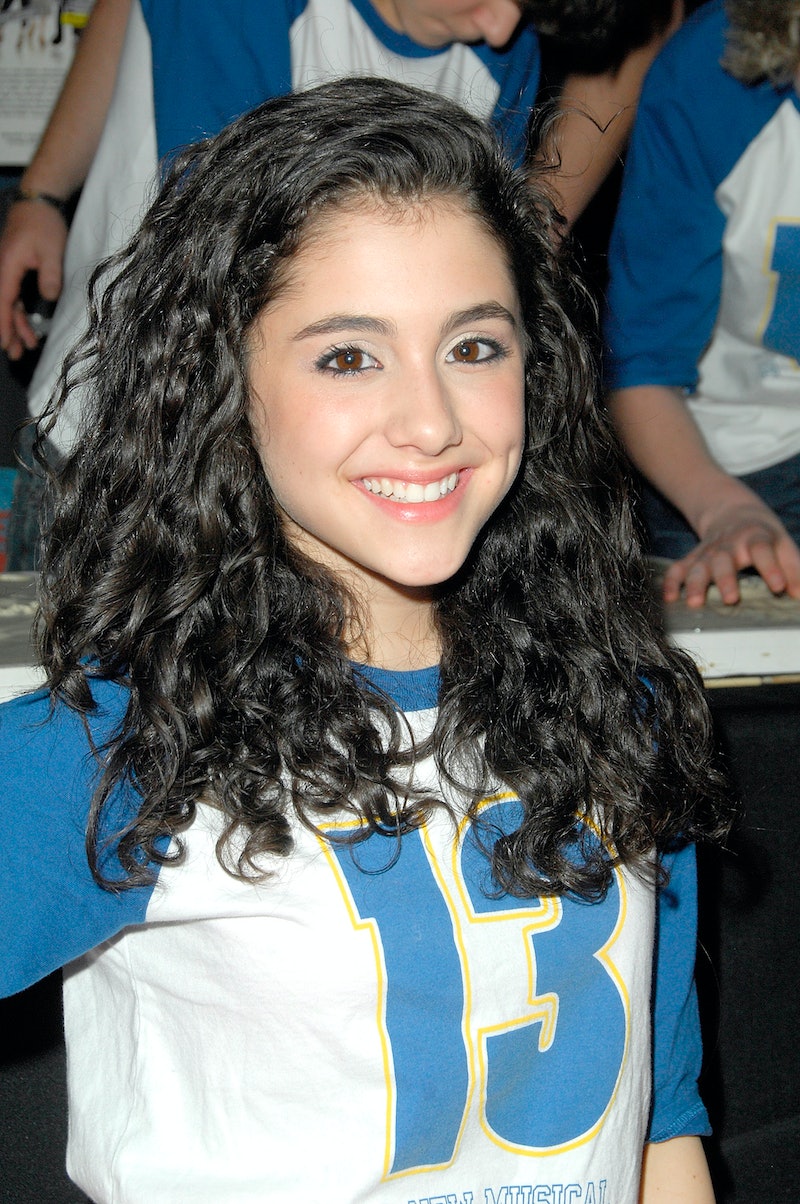 Isn't it strange to think that there are just so many celebrities who rarely show their natural hair out there? I mean, it's always somewhat jarring when you find out a your favorite star's real hair color or texture is something different than you expected — especially when you've come to know and love them a certain way. After all, part of Zooey Deschanel's whole deal is basically being a raven-haired Snow White — so to find out she's a natural blonde? It's a tiny bit shocking, in its own way, and it's a little fascinating to do a little Google detective work to see who's sporting their original locks and who isn't.

Many stars happened to find major mainstream success after a significant dye job or style change, and they've decided to keep that same look they had when they first got famous, so you'd never even guess. So, from stars who have spent more than a decade dyeing their hair, to newer stars who we're just starting to get to know, there are a lot of well-loved celebrities out there who don't tend to rock their natural hair in public. Let's take a look at all of them, from Scarlett Johansson to Bella Hadid.

Cox recently posted this Instagram shot of her natural hair, in which she talks about her love of wigs .The Orange Is The New Black star is constantly mixing up her locks.

Emma Stone is probably one of the most famous redheads in the world... except she's naturally a blonde. She dyed her hair shortly before her big break in Superbad, and the color stuck. Occasionally she returns to different variations of blonde, but she never sticks with one hue for long!

Remember the days when Taylor Swift was known for pairing sun dresses with cowboy boots, and rocking her naturally curly hair? She almost exclusively wears her hair straight these days, though it's worth noting that she was recently pap'd with a wavy lob — maybe she's making a return to her OG look.

Believe it or not, Vergara is a natural blonde as well, and she apparently dyed her hair brunette towards the beginning of her acting career. This photo from the Tribeca Film Festival is the closest she's been to her natural locks in quite awhile, although it's still more of a light brown than blonde.

Add Christina Hendricks to the list of redheads who aren't actually redheads. She revisited blonde when she bleached her hair for a Clairol campaign in March of 2015.

Like many celebs on this list, Gabrielle Union has had every hairstyle under the sun, but here she skipped the extensions and showed off her natural locks.

Perry may be known for her Betty Page-esque raven locks, but she's a natural blonde. She bleached her hair for the premiere of the movie The Smurfs, but these days she's mostly sticking with dark brown.

You'd never guess it from her deep mahogany 'do, but it turns out Hadid is blonde, much like her older sister Gigi — and she's been dyeing it since she was a young teenager.

Johansson is pretty much the dictionary definition of the bombshell blonde — but she's actually a brunette. Funnily enough, so is Marilyn Monroe, the original bombshell blonde.

You'd be forgiven for having no idea what Zendaya's hair actually looks like, because the actress is a total chameleon. Occasionally she shows off her super voluminous hair on Instagram.

Did you know Gwyneth Paltrow's natural shade is dirty blonde, and that she has slightly wavy hair? Yeah, me neither — with her trademark pin-straight near-platinum locks, I never would have guessed it in a million years.

You might be used to seeing Henson's blown out waves on the show Empire, but she has some seriously gorgeous natural curls.

This post has been updated from its originally published version.