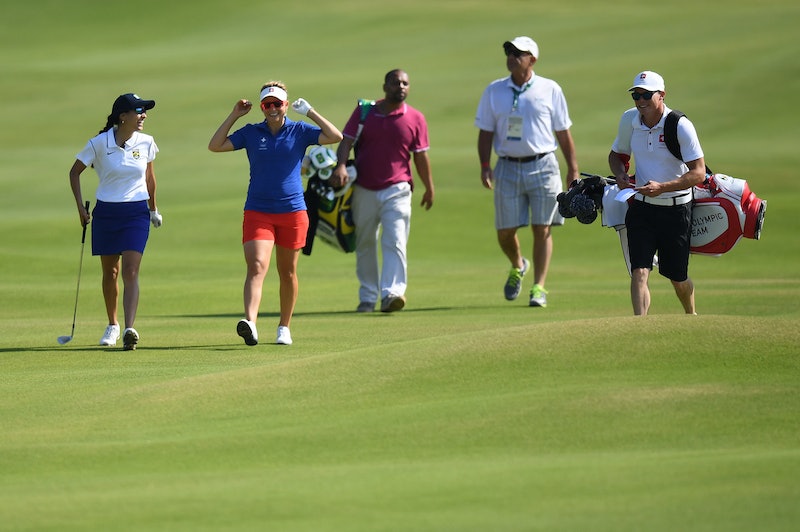 The start of the 2016 Summer Olympics in Rio is finally upon us, after months of anticipation, excitement, and yes, deep concerns and major controversies. The opening ceremony will be taking place Friday evening, after which you'll have a solid three weeks of international competition ahead of you, including one that hasn't been played in more than a century — that's right, golf is coming back to the Olympics. But that might make you wonder: how does Olympic golf even work?

By no means should you feel bad if you don't know the answer, because it's a question that even one of the competitors has had. On Wednesday, American golfer Matt Kuchar was forced to admit that he didn't even know the rules, and thought he'd be playing on a team of American golfers. This is not how Olympic golf play will work, however ― while there will be golfers representing the United States, they'll only be competing in individual events. Thus, any medals go to the golfers who won them (and to the credit of the country they represent, naturally), but not the team as a whole.

As Kyle Porter noted on Wednesday for CBS News, Kuchar's misunderstanding makes sense ― if you join a USA golf team, you probably have reason to think the "team" part is going to factor in at some point.

But in Rio, it won't. To the contrary, the members of the USA golf team will be playing a traditional 72-shot course, although it'll be entirely new to all of them ― the Olympic golf course in Rio was built specifically for the 2016 games.

Also, as has been the case with so many of the Olympic venues, there are reportedly some problems in the run-up to the competition. Namely, the course is reportedly overrun with various forms of wildlife, including snakes, sloths, monkeys, and perhaps most notably, capybaras. The capybara is the largest rodent on Earth ― just look at these guys.

Hopefully the course will be reasonably clear when Kuchar and the other members of the USA golf team hit the links. Otherwise, this could end up being yet another facet of Olympic golf that none of the competitors expected ― "I didn't realize a giant rodent might steal my ball," you can almost hear them saying. If you're curious to follow the USA golf team when the action finally gets started, the first round of the men's tournament will be happening on August 11, while the first round for the women will be taking place on August 17.