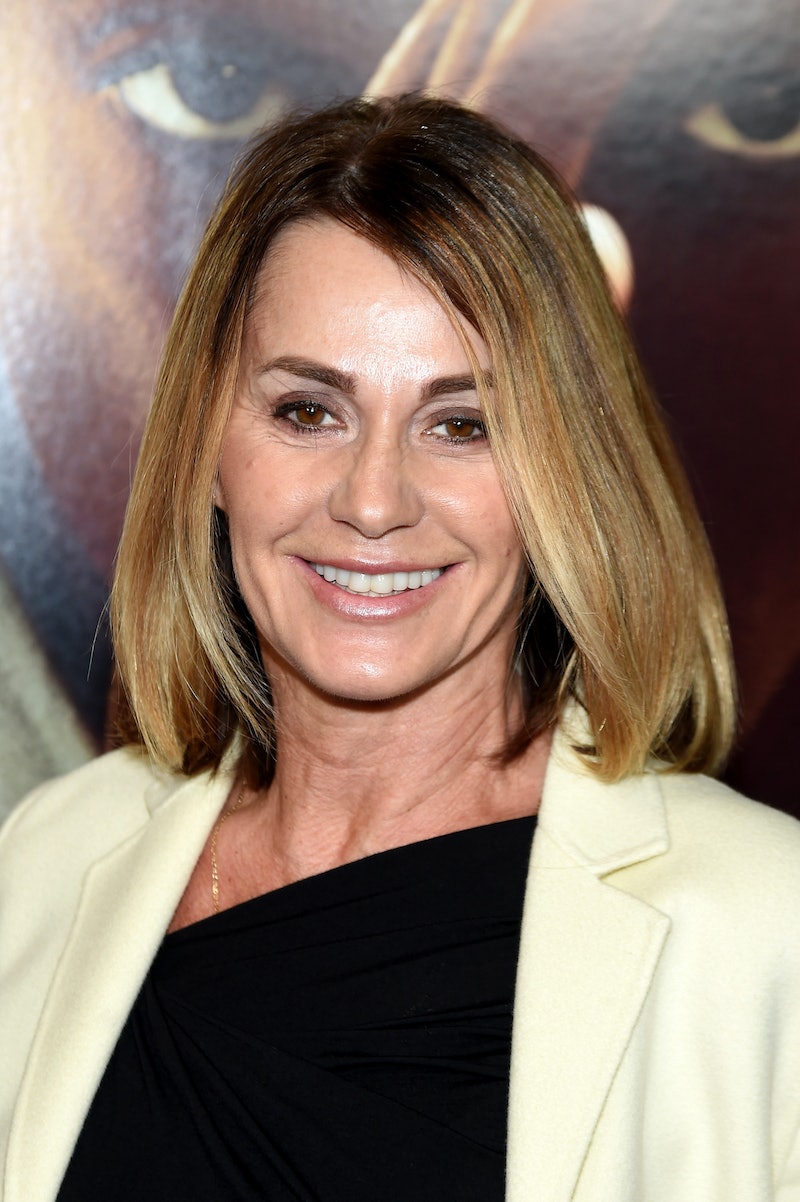 In Montreal in 1976, Romanian gymnast Nadia Comăneci captivated the world when she became the first woman to score a perfect 10 in an Olympics gymnastics event — and she did it at the ripe ol' age of 14. It was a defining moment for the sport, but one which Comăneci didn't have the chance to linger in for long. "In the first second, I thought it was a mistake," the iconic gymnast tells Bustle, "and then my teammates said it's probably a 10. I didn't really think about it. ... The music started and I had to rush off and go to the balance beam for my next routine."

But, as we all now know, Comăneci's teammates were correct: She received seven perfect scores and took home three gold medals along with a silver and a bronze as part of the second-place Romanian national team that year. What's that they say about the bar being set high? It's an idiom that feels especially apropos when talking about Comăneci.

Following her historic showing in the 1976 Olympic Games, Comăneci went on to compete at the 1980 Olympic Games in Moscow, Russia. There, she turned out another impressive performance, winning gold medals for both the balance beam and floor exercise as well as silver medals for the team competition and individual all-around. And although she decided to end her storied career competition by retiring in 1984, Comăneci's legendary perfect score has continued to inform expectations for women athletes ever since.

Looking at this year's field of Olympic first-timers — including 19-year-old phenom Simone Biles — it's clear that gymnastics is a sport which attracts top-notch competitors. The women competing in this year's Olympic Games boast strength, endurance, and confidence. "You can say it's feminist. It's been around for a long time, even when there weren't many sports for women, so it has always been a symbol of women in sports," Comăneci says of the greater cultural significance of gymnastics and how it has changed for young women over time.

Still, although gymnastics has seen tremendous growth and changed for the better in many ways, Comăneci readily admits there are other ways the sport has changed which she thinks may not be beneficial for gymnasts today. When asked what it would take for someone to score a perfect 10 at this year's 2016 Olympic Games in Rio, for example, Comăneci exclaims, "I don't think you can do it! You can only get a 10 in execution and the highest to date is 9.5. So, with the new scoring, I don't think it's possible." (A new set of Olympic gymnastics scoring guidelines debuted during the Beijing Games in 2008; under these new rules, many assert that it's virtually impossible to score a perfect 10.)

And, well, Comăneci would know. In addition to her own historic scoring achievement, the athlete worked as a coach for the Romanian team before defecting to the United States in 1989. After settling in the States, she married another famed gymnast in 1996: Bart Conner, who competed for the United States in the 1984 Olympics. (Conner both was a member of the gold medal-winning men's gymnastics team and won the individual gold medal for the parallel bars.). The couple moved to Oklahoma to start their life together. In 1999, Comăneci was honored with a World Sports Award of the Century.

Today, Comăneci and Conner are essentially the royal couple of the gymnastics world. They split their time between appearances, commercial endorsements for major companies, speaking engagements, and charitable causes — the latter of which Comăneci has selflessly devoted herself to as the vice-chairperson of the Board of Directors of Special Olympics International, the vice-president of the Muscular Dystrophy Association, and a member of the board for the Laureus Sports for Good Foundation. Outside of traveling the world to "be the good" and to foster fandom for gymnastics, the Olympian power couple stays busy raising their son, Dylan Paul Conner.

But right now, at this very minute, Comăneci has carved out time in her schedule for a very important occasion. "I'm here in Rio with P&G and Tide Pods," she says. "I love P&G's support of athletes and their families through the Family Home, which serves athletes and their families throughout the Olympics Games. I've also teamed up with Tide PODs to celebrate the 'Evolution of Power' in gymnastics. I love that it shows a true evolution — 40 years since I made history, 20 years since Dominique Dawes made history, and now how everyone’s eyes are on Simone Biles here in Rio — let’s see what history she makes!"

Comăneci left an indelible mark on gymnastics with her performance at the 1976 Olympic games, and she continues to do so by recognizing the sport's future in athletes like Biles. "I would hope that every country would be motivated to have kids do gymnastics, because it is an amazing base sport for everything," she tells Bustle. "It's been an amazing base for me, and everything I experience today is because of what happened in my gymnastics career." (If that isn't a resounding endorsement for something, I don't know what is.)

So what advice would Comăneci give young gymnasts or young athletes in general who have Olympic-sized dreams? "Love what you do, be passionate, enjoy every day, learn from the journey, and just congratulate yourself that you play sports, because that's important," she says, adding with emphasis, "Sports are fun!"