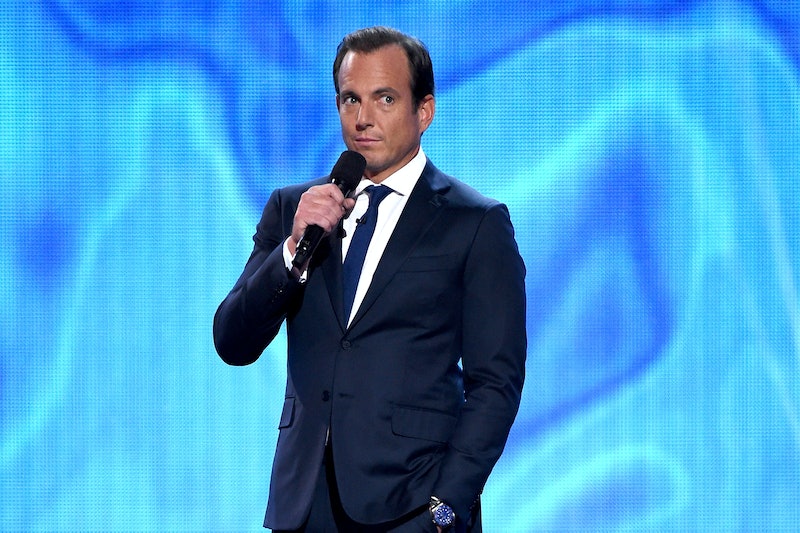 Donate Life has created a hilarious and somehow also poignant commercial encouraging organ donation registration called "The World's Biggest Asshole." In it, a man named Coleman Sweeney, who is crass, crude, and all around disgusting, makes his way through the world pissing and cursing and generally offending everyone he comes into contact with. But then he dies, and it turns out, he was an organ donor — the message being, you can be an a-hole your whole life, but do good by donating your organs. The Coleman Sweeney spot is narrated dramatically and wonderfully by a very familiar voice: Will Arnett, who is a veteran of voice-over work.

Arnett, forever notorious as GOB Bluth from Arrested Development (bring on Season 5 now, please and thanks Mitch Hurwitz) and who most recently starred in the Netflix original series Flaked, is also a voice-over legend. Even though he's extremely hard to take seriously as GOB, you have to admit, that voice is perfect, and it's no wonder it's in high demand. Arnett has been doing voice-over work for ads, TV promos, and trailers since the beginning of his career, in addition to lending that charming growl to a number of animated series. Here are some Arnett's voice spots, some of which might elicit "Wait, that's him?"

There are good ideas, there are great ideas, and then there's Will Arnett making you really, really believe in GMC cars.

Arnett was so great as the brick Batman in The Lego Movie that he got his own spinoff, The Lego Batman Movie, coming out in February 2017.

The most incredible depressed, self-indulgent, and self-destructive animated horse that ever was, Arnett plays washed-up celebrity horse Bojack Horseman. If you're not watching Bojack, there are three seasons waiting for you on Netflix, in which you get to enjoy Arnett's sweet sweet voice utter some very dark things.

Watch this one at your own risk, if you don't remember being haunted by it when it was airing in 2007. It's for Lamisil, a prescription medication to cure toenail fungus, the benefits of drug being explained by none other than Will Arnett.

A surprisingly great spot for organ donation that turns from gross to meaningful in just two minutes and 50 seconds, much thanks to Arnett's narration.

Keep an ear open to that signature Arnett voice — you never know where he'll turn up next.