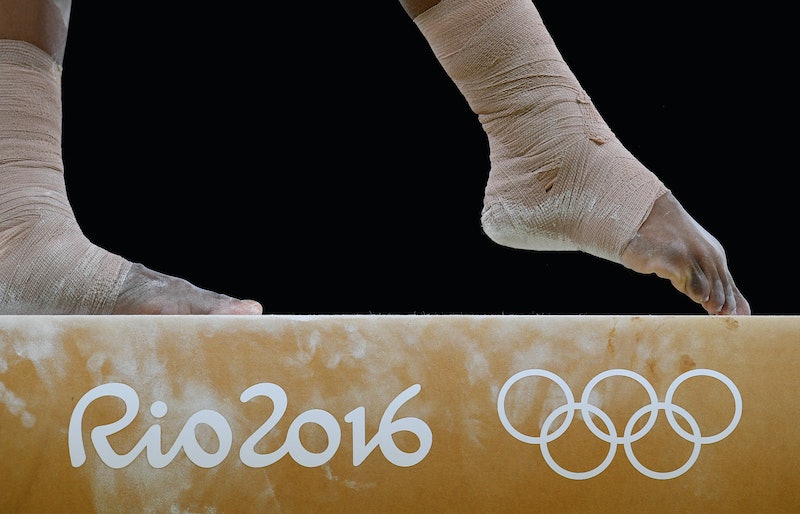 Barring some catastrophic meltdowns on the beam or floor, the U.S. team is almost guaranteed to compete in the women's gymnastics team all-around final. But the U.S. team is hardly the only team good enough to go for the gold; the Russian team has also been named a likely qualifier for the team final.

In 2012, the women's team all-around final came down to just Russia and the United States. It was a tense competition, and the Russians ended up faltering under pressure. The Fierce Five defeated the Russian team by more than five points, which is unheard of in international gymnastics competitions.

This summer, we'll see familiar faces from both the U.S. and Russian women's gymnastics teams. Returning for the Americans are all-around winner Gabby Douglas and Aly Raisman. For the Russians, all-around bronze champion Aliya Mustafina and vault specialist Maria Paseka are returning for yet another showdown.

In all, eight gymnastics teams are eligible to compete in the all-around team final. Which other nations are also likely to qualify for the team final? Gymnastics experts have said China, another gymnastics powerhouse, will likely qualify. Canada, Great Britain, Italy, Japan, and Germany also have a chance to medal in the team all-around final.

Brazil's women's gymnastics team qualified this year and will make its fourth Olympic appearance. However, it's unlikely that the Brazilian team will make it all the way to the team final.

A notable omission in the women's gymnastics team events at the 2016 Olympics is Romania, a nation that has churned out some of the best gymnasts in history. Romania's women's gymnastics team failed to qualify this year — a first for Romanian gymnasts, who have won medals in the women's all-around team final in every Olympics since 1976. (Romania took the bronze in the all-around team final in 2012.)

With Romania out, it does look like this will be another rematch between Team USA and Team Russia. May the best back handspring double-pike win.