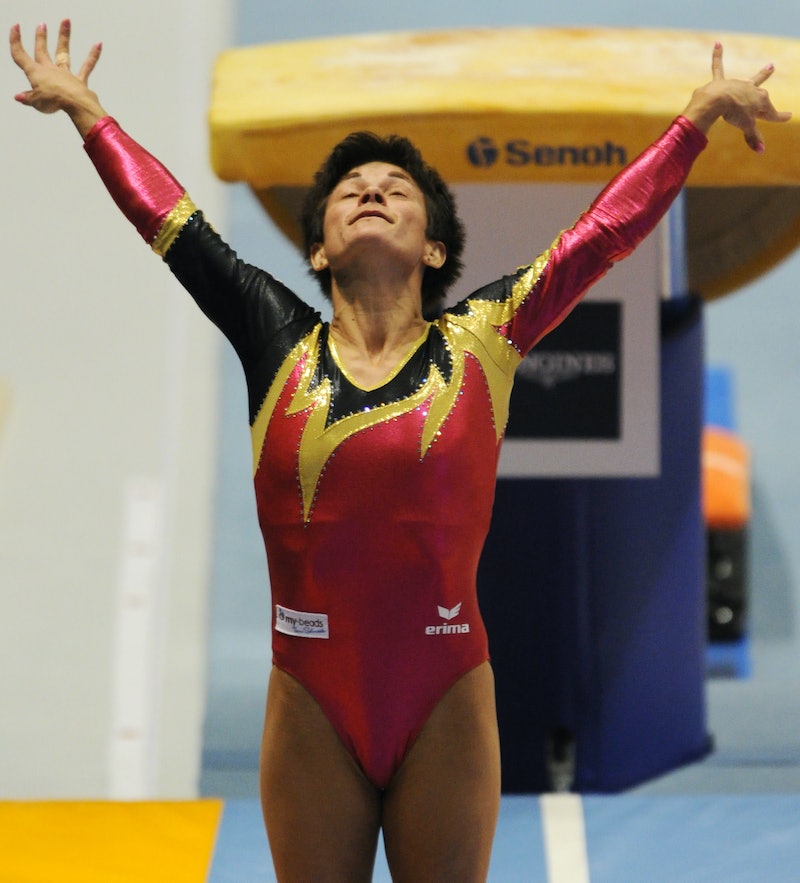 For starters, Chusovitina competed in the USSR junior national championship in 1988, winning her first competition at the age of 13. She joined her first Olympic team a few years later, and in the 1992 Barcelona games, Chusovitina played for the Unified Team, the division that was organized for all participants from the Soviet Union. She won a gold medal for the women's team in gymnastics.

And at the age of 41, Chusovitina will be the oldest female to compete in the Olympic gymnastic games. That's pretty awesome, and definitely makes being the oldest woman in the room, one of the coolest things ever.

But there's more to Chusovitina that just her electrifying somersaults. She married Olympic wrestler Bakhodir Kurbanov in 1997 and two years later, the couple had a son, Alisher. But although Chusovitina didn't let motherhood deter her from competing in the 2000 Sydney Olympic games, something else put a definite halt to her career.

In 2002, her son, Alisher, was diagnosed with Leukemia, and the family turned to sports officials in Moscow for financial assistance. When they refused to provide aid, the family received an offer from coaches from Cologne, Germany, and they relocated there. As Alisher underwent intense treatment in Germany, donations and prize money Chusovitina earned from world championships helped to offset some of the treatment cost. In 2006 she became a German citizen and in 2008, at the age of 33, won a silver medal on the vault — her first individual Olympic medal. Shortly after the victory, she received another victory that she said couldn't "compare any athletic achievements." That was the news that her son was finally cancer-free.

Now, more than 70 international medals and 10 world championships later, Chusovitina is competing again in the 2016 Rio games, this time for her native country, Uzbekistan. Chusovitina, who is also one of the only women to ever compete for three different national teams, told the BBC earlier this week, "I never thought that I could make it to the seventh Olympics. I want it very much and know I can still do more."

In a sport dominated by women half her age, it is unquestionable that regardless of if Chusovitina takes a medal home this time around, she will be breaking records and making history just by participating. And women around the world will be rooting for her.