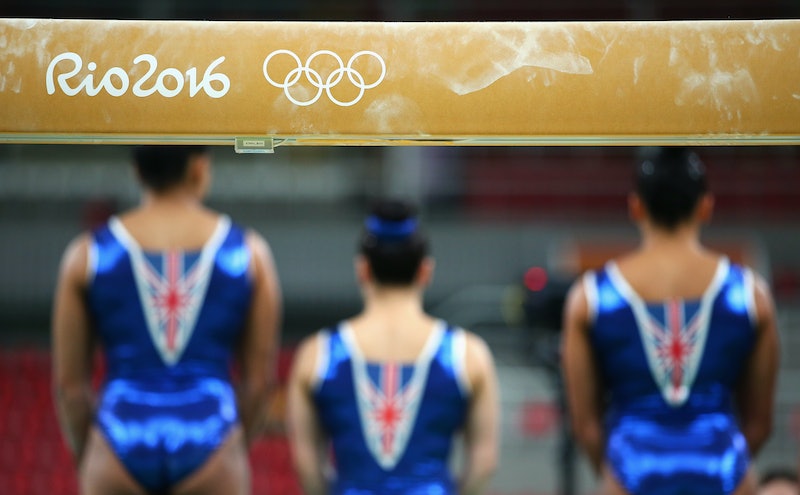 Gone are the days of Nadia Comăneci and the perfect 10. For those who grew up watching Comăneci, Mary Lou Retton or the 1996 Magnificent Seven women's gymnastics team, present-day Olympic gymnastics seems a lot more complicated. The International Federation of Gymnastics overhauled its entire scoring system after the 2004 Summer Olympic Games in Athens, making the scoring harder to follow for the casual gymnastics spectator. The International Federation hoped the new gymnastics scoring system would be more accurate and efficient in competition, and places even greater scoring separation between the gymnasts.

The International Federation of Gymnastics discarded the old 10-point system for a system that utilizes two separate scores: difficulty and execution. So, instead of the maximum score of 10 points for a routine, gymnasts can theoretically score up to 20 points — except that rarely happens.

Here's how the new scoring system works: The difficulty score, formerly known as the "start" score, tallies how many points the routine is worth. Routines at the elite level aren't usually worth 10 points, but it's typical to see routines with start values at 6 or 6.5 points. For example, Simone Biles had a start value of 6.3 on vault at the World Championship in 2015.

In addition to the difficulty score, there's the execution score, which starts out at 10 points. The six judges work backwards from 10, deducting points for technique, artistry and errors. According to USA Gymnastics, judges now deduct 0.1 point for a small fault to 0.8 point for a fall. Gymnasts also lose points for stepping out on a dismount or faltering on the beam. The highest and lowest execution scores are dropped, so the gymnast's final score is the average from the remaining four judges.

Once a gymnast performs, the difficulty score and execution score are added together; this is how a gymnast receives his or her final score. So, instead of seeing 9.5 or even the perfect 10, Olympic viewers will see scores like 15.233, 14.95 or 16.1.

This new scoring system has been implemented at all major international competitions, including the Olympics, World Cups and World Championships. While the International Federation of Gymnastics insisted this new scoring system would be fairer and eliminate cheating, there has been some controversy about the gymnastics scoring system over the last decade. Some sports pundits believe it's making gymnasts focus more on the difficulty score, which, in turn, is forcing gymnasts to do more dangerous tricks. Former Olympians such as Shannon Miller came out against the new scoring system, and 1984 Olympic gold medalist Tim Daggett once told ESPN: "There's too much of an emphasis on difficulty and not enough on the artistic side of the sport for both the men and the women."

But it's been 10 years, and it looks like the two-score system is here to stay.