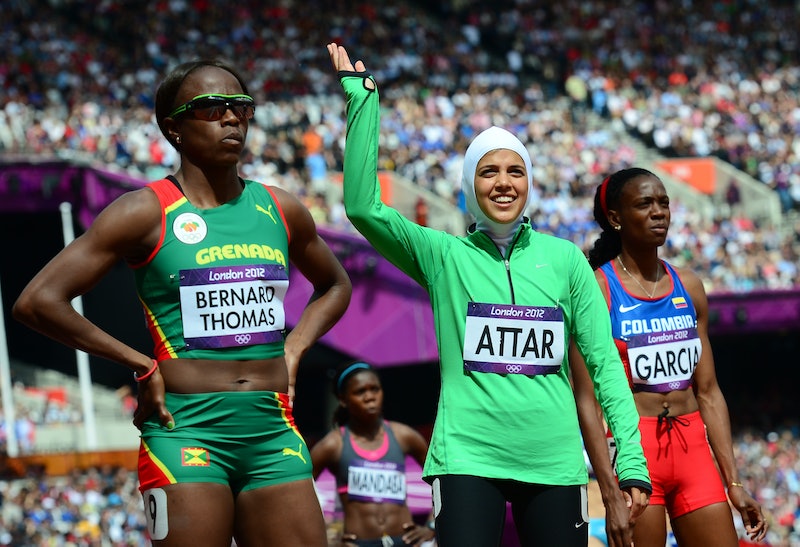 The opening ceremony for the much-anticipated Rio Olympics just resurrected a startling and extremely troubling fact about the games — some countries banned women from participating in the Olympics until 2012. Before the London Games, Saudi Arabia, along with Qatar and Brunei, had never had a female athlete compete in the Olympics. All three countries decided to end that legacy in 2012 and include women in their delegations.

Saudi runner Sarah Attar made a particular impact in the games. Despite a disappointing finish in her 800-meter race, Attar garnered a standing ovation in the 80,000-seat stadium. Onlookers of all nations cheered on the groundbreaking athlete, and she became the symbol for the power of women at the Olympics that year.

The popularity of the two women at the 2012 Olympics must have been convincing to the country's leaders, because this year the Saudi Arabian contingent doubled the number of women. Attar is returning for her second Olympics, joined by judoka Wujud Fahmi, fencer Lubna Al-Omair, and sprinter Cariman Abu Al-Jadail. Attar switched events from the 800-meter race to the marathon, and now has a possibility of medalling in the event, which would be a huge achievement for all Saudi Arabian women.

Unfortunately, Qatar's female delegation halved in size from four to two. Swimmer Nada Arakji is returning for her second Olympics — in 2012, she swam the 50-meter freestyle, and this year she's switching tacks to the 100-meter butterfly. Runner Dalal Al-Harthi will compete in the 400-meter sprint, and although neither are expected to medal, their inclusion in the games is an important reminder that progress is both being made and still very necessary.