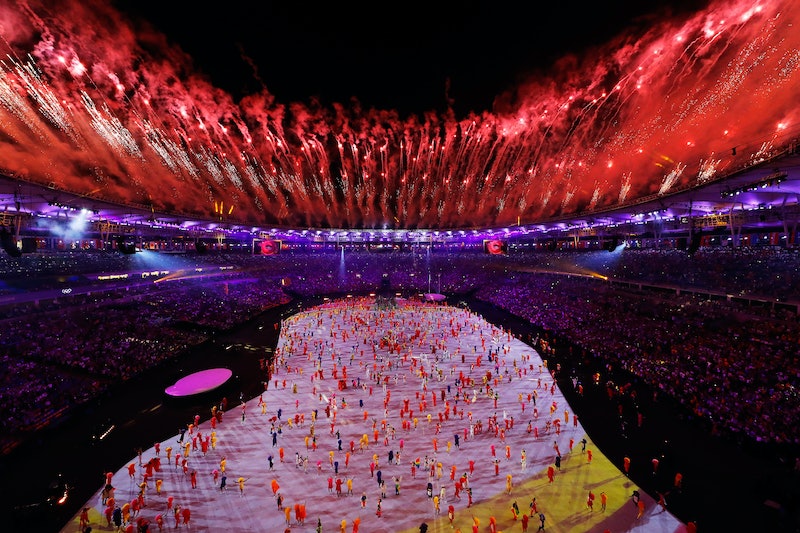 Although it just officially began Friday night, the Rio Olympics has already unearthed some pretty startling facts, including the contested claim to the invention of flight. The opening ceremony used the first in flight controversy to fan the flames around this 100-year-old contested claim. According to many Brazilians, Brazilian-born inventor Alberto Santos Dumont may have invented the airplane, a claim which the Olympics reinforced during the Opening Ceremony Friday night.

Although many Americans may not realize it, many Brazilian people have a very different narrative of how the invention of flight took place. Alberto Santos Dumont first flew his heavier-than-air machine in 1906, a full three years after the Wright Brothers took off for the first time in Kitty Hawk, North Carolina. However, according to the Brazilian side of the tale, the Wright Brothers have no claim to flight because their launch was supported by catapults.

Speaking from the American perspective, chief curator of the Smithsonian National Air and Space Peter Jakab roundly rejects the claim that Santos Dumont was the first in flight. Jakab spoke with The Associated Press about the controversy:

There’s no question that all of this happened before Mr. Dumont built his airplane. It’s unfortunate that the Brazilians focus on this first flight thing because it’s overshadowed lots of things he did.

Santos Dumont did have an astonishingly productive life, leading to discoveries and pioneering research in aeronautics, flight mechanics, and even watchmaking. The legend goes that Santos Dumont confided in his good friend Louis Cartier his concerns about the inconvenience of a pocket watch, which necessitated taking one hand off the controls of his dirigible to check the time. Cartier fashioned for him a small watch with a leather band and a buckle, and experts now believe that Santos Dumont was the first person who wasn't in the military or royalty to wear a wristwatch.

Although the claim will likely remain disputed for some time, the benefits of Santos Dumont's contributions can't be denied by anyone. Not only did he achieve some amazing breakthroughs in the science of flight, he helped inspire the world to reach new heights of innovation and invention throughout the 20th century. Over 100 years after he made his first flight, the Brazilian people still regard Santos Dumont as one of their national heroes, and putting his story on display for the world at the Opening Ceremony in Rio was a fitting tribute to the remarkable inventor.

More like this
How To Fight For Reproductive Rights, Based On How Much Time You Have
By Courtney Young
The Music Industry Continues To Fail Black Women
By Precious Adesina
Sarah Everard’s Killer Wayne Couzens Is Appealing His Whole-Life Sentence
By Sophie McEvoy
Jake Daniels Just Became The UK’s First Active Football Player To Come Out As Gay Since 1990
By Sam Ramsden
Get Even More From Bustle — Sign Up For The Newsletter