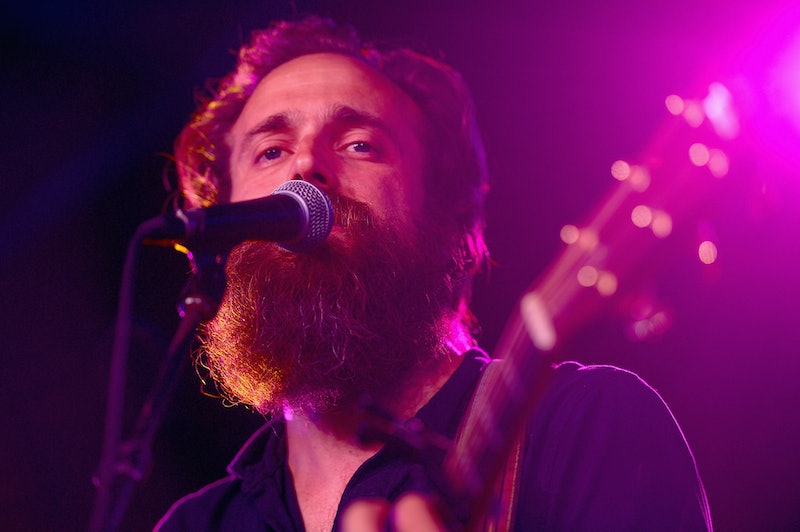 As a long time fan of Cyndi Lauper's "Time After Time" (I was a big fan of easy listening radio as a child), I was struck by McDonalds' new commercial that features of a cover of the '80s hit. Who was singing that "Time After Time" cover and serenading those artificial preservative-free chicken nuggets with their smooth sounds? Was it Bon Iver? Chris Martin? The Postal Service? Someone else whose music helps you fall asleep on a plane? Update: A rep for Iron & Wine has confirmed to Bustle that he is the singer of the cover.

Turns out, the answer to that last question seems to be a resounding "yes!" because it appears the song is by Iron & Wine, aka Sam Beam. While it's hard to find solid confirmation of the song being an Iron & Wine cover, fans on Iron & Wine's Facebook page and on a YouTube page of the commercial, both point out that it is probably Iron & Wine. Oddly, most sites, including iSpot.tv, cite the song to Lauper, rather than the cover singer. Does this guy not want us to know it's him? Is he afraid of the wraith of Lauper fans?

Bustle has reached out to Iron & Wine for comment, but has not yet received a response.

If you're interested in checking out the ad for yourself — And why wouldn't you? Chill song. Nostalgia factor. All white meat chicken. It has it all! — watch the video below. But be warned: It might make you a little sleepy.