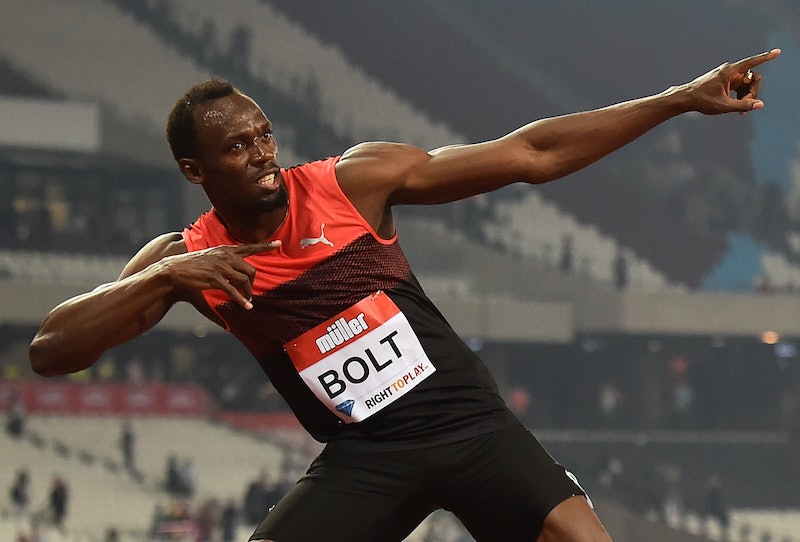 The 2016 Olympics kicked off on Friday, Aug. 5 with the opening ceremony, which, as always, includes the Parade of Nations. While the historical content and insane projection screens are interesting to watch at the beginning of the ceremony, the Parade of Nations is exciting because it's when viewers get a chance to spot their favorite athletes. But one major star was missing this year: Usain Bolt, who was not at the Rio opening ceremony.

The Jamaica Olympics Twitter account posted a couple of hours before the ceremony, "Usain Bolt will not attend #Rio2016 opening ceremony this evening. #TeamJamaica." The account also posted a photo of some of the Jamaican athletes on their way to the stadium, and Bolt is not pictured.

The team account didn't give any explanation as to why Bolt is sitting out, and the sprinter didn't post about it himself on his own social media. And it doesn't seem that the proximity of his events to the opening ceremony is a factor, since the first of his three events isn't until Aug. 13. Perhaps Bolt will talk about his decision to sit it out during one of the interviews he'll undoubtedly have as the games go on.

Guess we'll just have to wait and see what happened, but knowing how outgoing Bolt is, we'll surely be hearing from him soon.