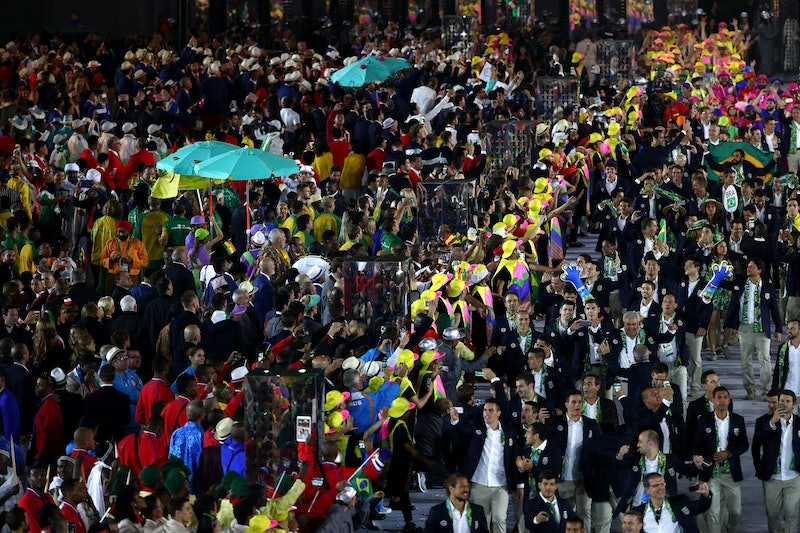 After the Parade of Nations finished up, you might have been wondering how many countries participated in the 2016 Olympics? There are more than 200 nation states and territories represented in Rio de Janeiro, Brazil, this year.

The grand total of flags represented this year at Rio was 206, but that doesn't mean that they were all countries. The U.S. and British Virgin Islands were both represented this year at the Olympics, even though they are actually territories of their namesakes. The Bahamas, Bermuda, American Samoa, and Puerto Rico are also overseas territories that are included under their own flag at the Olympics this year.

To add to the confusion, not all of the countries in the world sent teams to the Olympics. For example, while the Vatican is considered a sovereign state, it didn't send a contingent of priests and nuns to compete at the Olympic Games.

Sometimes there are logistical reasons for certain groups — especially small island territories — to organize under their own flag. It would be a lot costlier for Puerto Rico or American Samoa to send all of their athletes to the mainland United States to train and compete in mainland contests all the time, or for the Bahamian or Bermudian delegation to fly over to the United Kingdom.

When it comes to deciding what is and isn't a country, often the recognition of the International Olympic Committee (IOC) can be a crucial step towards legitimacy, or a way to maintain autonomy after political fortunes change. For example, Palestine was recognized at the IOC under its own flag, independent from Israel. Chinese Taipei is also recognized as separate from the People's Republic of China. That is one of the ways that the Olympics functions as an important forum for the exercise of soft diplomatic power.

So, while there are 206 flags flying at the Rio Olympics, not all of them are nation states, and not every nation state is represented, either. But at the end of the day, the Olympics are about coming together as a global community, regardless of what flag happens to fly overhead.