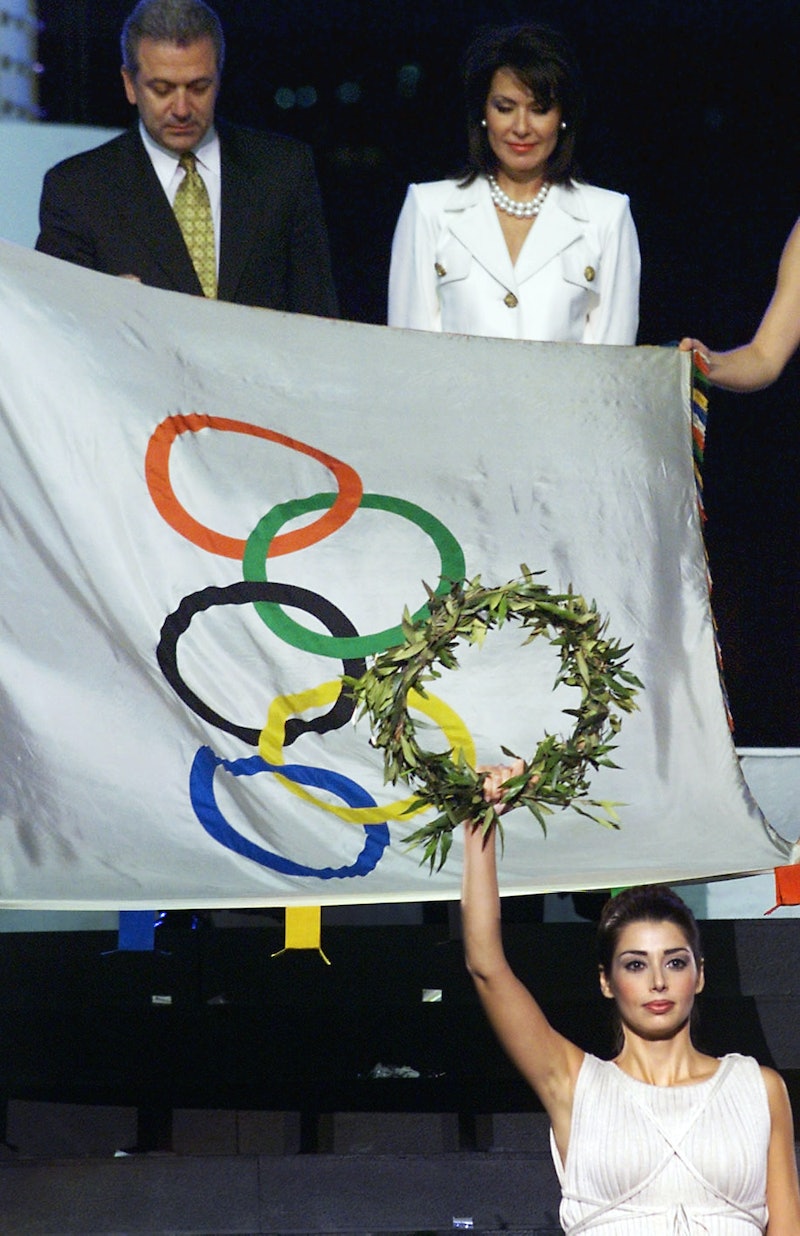 The Olympic wreath has long been a sign of victory, a token of success that stems from the ancient Greek tradition and was later adopted by the Romans to signify martial victory. In the modern Olympics the wreath is used as a decorative symbol in the games and on the victory medals. And while the icon of triumph hasn't been replaced, the laurel wreath is important this year because it has some added meaning in the 2016 Rio Olympics.

The design for the 2016 Olympic gold, silver, and bronze medals features a laurel wreath surrounded by the five iconic Olympic rings on one side of the medal, and Nike, the Greek goddess of victory, on the other. According to the NBC Olympics website, the medals were made with eco-friendly mining techniques. In addition, 30 percent of the material used for the bronze and silver medals were made with recycled materials and the ribbons that are connected to the medals and which will hang around athletes' necks, were partly made from recycled plastic bottles.

Awareness of global warming is part of the theme for this year's Rio Olympics, which was showcased at the opening ceremony. Central to that theme is the Amazon rainforest, a national treasure of Brazil, which has been severely affected by global warming and deforestation. So, yes, the Olympic wreath symbolizes victory, but this year, it is taking on a new form of triumph: a global one. As the victors from this year's celebrated games hold up their environmentally consciously medals, perhaps a reinvigorated discussion on environmental sustainability and the reduction of CO2 emissions will spark some global change, and that's a victory for everyone. And taking a little trip into Greek philosophy, don't forget that the Greek god Apollo, who was depicted wearing the laurel wreath, didn't just symbolize courage and victory in battle, but he also was a symbol for prophecy, poetry, light, and healing. And that last attribute would definitely do this planet some good.

More like this
25 Quotes About Love To Share During Pride Month 2022
By Madeleine Aggeler and Emma Garza
Taylor Swift, Kerry Washington & More Speak Out On Uvalde Mass Shooting
By Jake Viswanath
Photos Of Boris Johnson Drinking At A Downing Street Lockdown Party Have Surfaced
By Bustle UK
Marcus Rashford Took Inspo From Kravis For His Adorable Proposal To Girlfriend Lucia Loi
By Frances Stewart
Get Even More From Bustle — Sign Up For The Newsletter