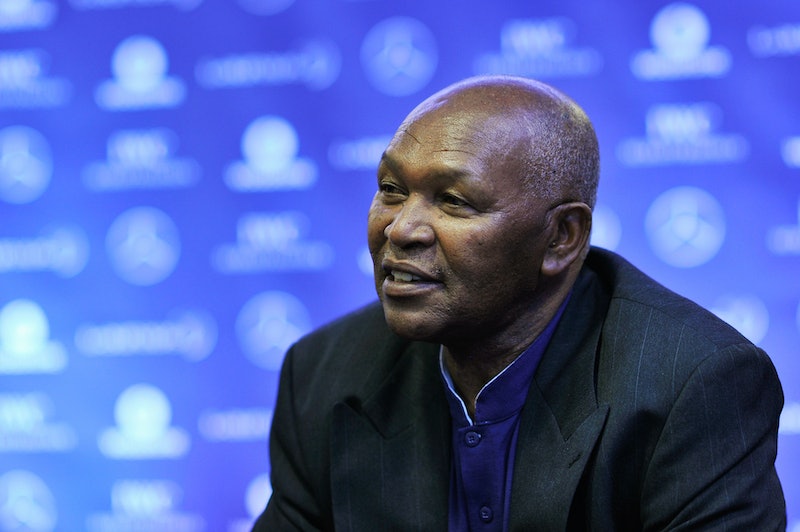 As the Rio Olympics opening ceremony came to a close, spectators were treated to yet another first: the unveiling of the Olympic Laurel award and the presentation of its first-ever recipient, Kipchoge Keino. While many hardcore Olympics fans were already aware of the Kenyan track and field star, others found themselves wondering: Who is Kipchoge Keino, and why was he the first person to receive the prestigious Olympic Laurel award?

When it comes to Kenyan runners, Keino is the archetype: He reportedly ran four miles to and from school every day, including a stop back home for lunch, all while barefoot. In 1986, he set a nearly 20-year record for fastest 1,500-meter run, which he completed in just under three minutes and 35 seconds — a feat which won him the gold medal. That year, he also won the silver medal in the 5,000-meter run, all while suffering from gallstones.

It's not merely Keino's athletic feats, however, that made him a star worthy of being the inaugural Olympic Laurel award. Keino received this honor due to his charitable work with orphans, which started in 1973 when he opened a children's home in Kenya following his retirement. Since then, he has opened a children's school and a training center to help underserved children and athletes in Kenya achieve their dreams.

Brazilian author Paulo Coelho, who was on the panel that selected Keino for the Olympic Laurel award, had a touching statement about the recipient of the award: "The most deserving candidate is the one who, through his achievements and projects, helps to build a better world and advance the cause of individuals."

In his acceptance speech, Keino urged his fellow athletes to assist him in helping educate and support the children of the world, and specifically those who are economically disadvantaged:

My request to you, all sports men and women, is to join me in the continuous continuation to support all the youths in the world to get basic humanity: food, shelter, and education. Education supports not only empowers our youth to be better citizens and leaders of the future, but it will also mold them to connect positive change. Humanity depends on us to motivate them to be better ... to leave the world better than what it is today.

Keino's touching speech and the award that accompanied it shows that even those who come from difficult childhoods can not only succeed beyond their wildest dreams, but can use their success to help others do the same.