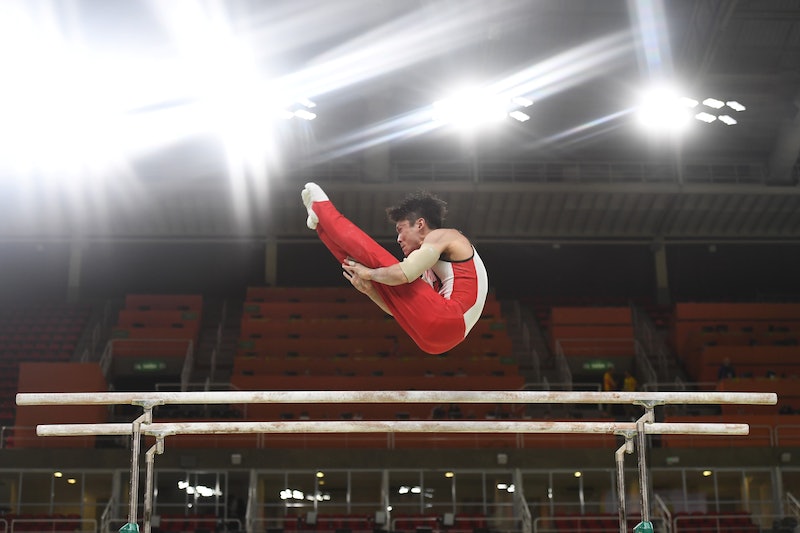 Although most Olympic viewers seem fixated on women's gymnastics, it's worth tuning into the men's gymnastics events in Rio de Janeiro, where one of the greatest gymnasts of all time is predicted to dominate everything from the vault to the horizontal bars. Japanese gymnast Kohei Uchimura will likely win the gold medal in the men's individual all-around gymnastics final, adding to his already substantial collection of Olympic and World Championship medals. So, who is Kohei Uchimura? Just a world-class athlete who should by now be a household name.

Gymnastics pundits have gone on record saying Uchimura is the greatest gymnast of all time when you go by the stats, medal count, and gravity-defying moves. The 27-year-old is entering his third Olympics, and looking for a repeat gold-medal win. At the 2012 Summer Olympics in London, Uchimura clinched the gold in the men's individual all-around final. In Beijing in 2008, his first Olympic appearance, Uchimura claimed the silver medal in the men's individual all-around final.

Like Biles, Uchimura is used to winning. After all, he's the only gymnast to win every all-around title in an Olympic season. He's looking to continue that momentum here in Rio and take home his second consecutive Olympic gold medal in the men's individual all-around competition. There's also a good possibility that Uchimura could lead the Japanese men's gymnastics team to a gold medal in the team final; Uchimura was the biggest part of the men's team taking home the gold medal at the 2015 World Championships.

So, what moves is Uchimura known for? Uchimura is nicknamed Superman for a reason — his best events are the floor exercise, parallel bars, and the horizontal bar. The parallel bars, especially, has become Uchimura's signature event in the men's gymnastics competition.

Winning back-to-back gold medals in the gymnastics individual all-around competition is tough for both men and women. The last women to do that was Věra Čáslavská in 1968, and the last man was Japanese gymnast Sawao Kato in 1972. If Uchimura can clinch the gold medal this time around, he will join Kato and solidify his position as one of the greats in Olympic history.