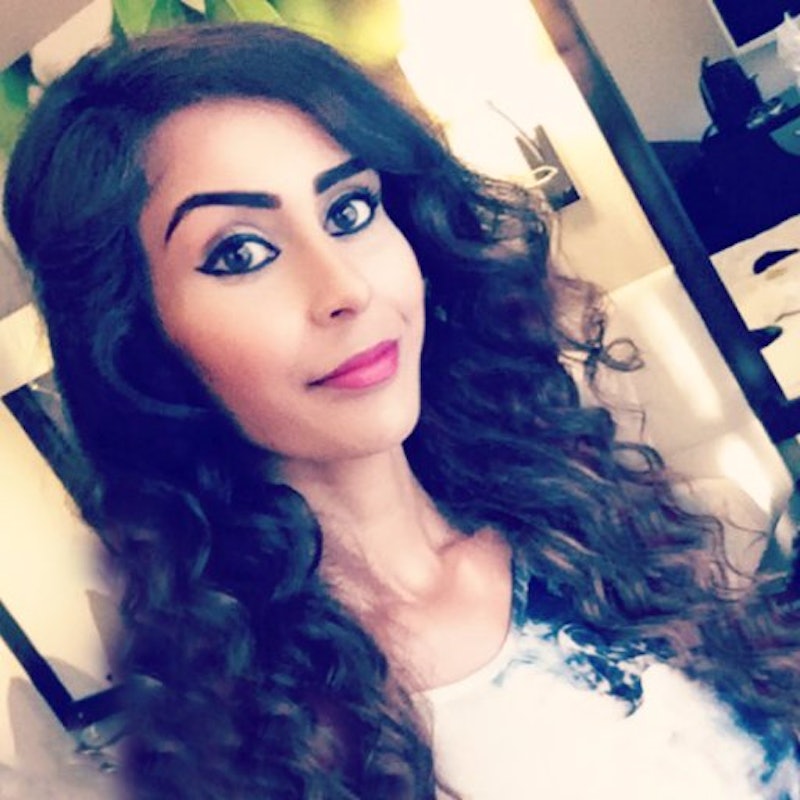 I always feel a pang in my chest when I hear that yet another airline passenger has been detained or reported for so-called "suspicious" behavior due to racial or religious profiling. However, the story of Faizah Shaheen is particularly infuriating, since Shaheen is a British Muslim woman who was reported for reading a book about Syria. Yes, you read that correctly. A flight attendant reported Shaheen on her outbound flight from the UK to Turkey for reading Syria Speaks: Art and Culture from the Frontline, and she was detained by police when she returned two weeks later.

Shaheen is a mental health practitioner with the UK's National Health Service who flew to Marmaris, Turkey for her honeymoon. The 27-year-old was stopped by authorities when she returned to Doncaster Airport, which was legally permissible under the UK's Terrorism Act. Shaheen told The Independent that

"It was a very hurtful experience to go through. I fight for different causes and then to be victimised and experience this first-hand...made me realise how bad it is...I do question if whether it would be different if it was someone who wasn’t Muslim.”

A Thomson Airways spokesman told the Telegraph that, although the airline respected Shaheen's concerns, it hadn't violated any protocols. "We appreciate that in this instance Ms Shaheen may have felt that overcaution had been exercised," said the spokesman. "However, like all airlines, our crew are trained to report any concerns they may have as a precaution."

Although Thomson Airways doesn't seem willing to acknowledge it, this incident is problematic for several reasons. Let's take a look...

Syria Speaks Is a Book, Not a Bomb

And not only is it just a book, but it's a PEN Award-winning title at that. The collection includes essays by writers of international renown, such as Ali Ferzat, Samar Yazbek, Khaled Khalifa and Robin Yassin-Kassab. According to the book's description, these people are "challenging the culture of violence in Syria," not adding to it. Syria Speaks couldn't be farther from some sort of terrorist handbook...which is presumably what the Thomson Airways flight attendant took it for.

Shaheen specializes in mental health for children and adolescents, and part of her work with the NHS is to identify young people who are in danger of becoming radicalized. One of the ways in which ISIS and similar organizations recruit is to find teenagers online, then groom them into leaving their home countries and joining radical groups. Not only does Shaheen seem like one of the least likely people to participate in an act of terrorism, she's working to stop terrorism from spreading.

Just Because Shaheen Is Muslim Doesn't Mean She's a Terrorist

To assume that a Muslim woman is actually a terrorist is Islamophobia, plain and simple. A cursory investigation of Shaheen's reading material would have shown it to be more likely to prevent acts of terrorism than encourage readers to commit them. It seems clear that Shaheen's identity as a Muslim was what caused a flight attendant to make the report in the first place. Shaheen asked if her experience would have been different if she hadn't been a Muslim. As a white, agnostic woman who has taken all kinds of provocative books on planes, read them in plain sight of the crew, and never been detained once, I have a hard time imagining something like that happening to me.

As this Twitter user so eloquently puts it, "Reading while Muslim isn't a crime."