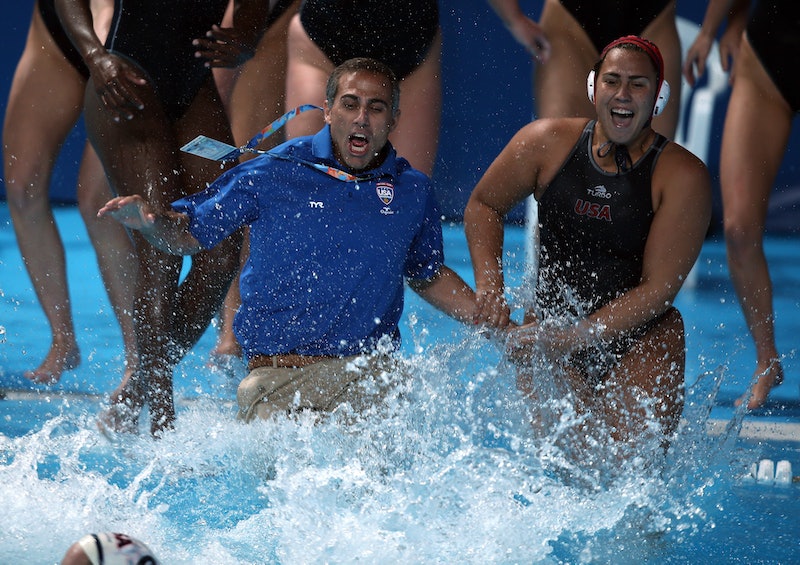 On what should be a day of focus, preparation and excitement, some tragic news has hit the water polo world. Adam Krikorian, the U.S. women's water polo coach, will leave the Rio Olympics to be with his family after his brother died. A spokesperson for the team said that Krikorian will return to Rio on Monday, just one day before his team will start preliminary rounds.

The late Blake Krikorian, one of Adam's older brothers, was an entrepreneur in Silicon Valley. He and Adam's other brother, Jason, founded Sling Media — which produced Slingbox — together, with Blake as its CEO. Blake died on Wednesday, and was found near his car after he had been paddle boarding. He is said to have died of natural causes at only 48 years old.

It was announced that Adam Krikorian would be returning to the United States to be with his family on Saturday. Team communication teams have not released much more information about his departure, but it seems pretty understandable that Krikorian would have a hard time being away from family after this sudden tragedy.

The team was quick to express sadness and support for their coach, which is probably a bright spot in this horrible time for Krikorian.

When Adam comes back to lead his team, which is favored to win the gold after taking the top spot in the London Olympics under his leadership, he should be comforted that it is what his late brother would have wanted. Both Blake and Adam played water polo at UCLA, and in fact, it was Blake's love of sports that helped inspire him to make Slingbox in the first place. He told UCLA magazine in 2008:

I loved the Giants, and [my brother, Jason, and I] were working together, summer 2002, and we wanted to watch our team play and we were just frustrated there wasn’t any way to watch when we were on the road or sitting in the office. We went online and found some services that promised offers, but there were numerous blackouts. ... Why do we have to be sitting on our couch? Why can’t we be in the backyard on our laptop or watching on our cell phone? It shouldn’t matter. Everything is connected.

No doubt, Blake Krakorian would have loved to see his little brother get another gold coaching the U.S. women's water polo team. No matter if Adam can lead his team to victory or not, it'll certainly be a bittersweet moment.